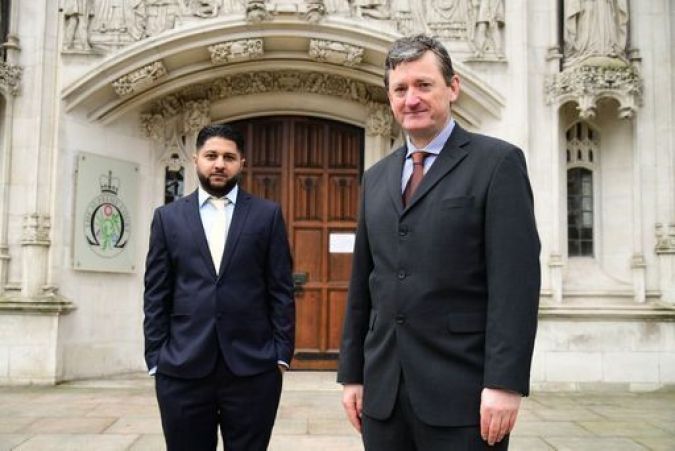 A group of Uber drivers are entitled to worker rights such as the minimum wage, Britain’s Supreme Court ruled on Friday in a blow to the ride-hailing service that has ramifications for millions of others in the gig economy.

In a case led by two former Uber drivers, a London employment tribunal ruled in 2016 that they were due entitlements that also included paid holidays and rest breaks.

Uber drivers are currently treated as self-employed, meaning that by law they are only afforded minimal protections, a status the Silicon Valley-based company sought to maintain a long-running legal tussle.

“The legislation is intended to give certain protections to vulnerable individuals who have little or no say over their pay and working conditions.”

A total of 25 drivers were part of the case and Uber said the verdict did not apply to all of its current 60,000 drivers in Britain, including 45,000 in London, one of its most important global markets.

“We respect the Court’s decision which focused on a small number of drivers who used the Uber app in 2016,” said its Northern and Eastern Europe boss Jamie Heywood.

“We are committed to doing more and will now consult with every active driver across the UK to understand the changes they want to see.”

The gig economy, where people tend to work for one or more companies on a job-by-job basis, has faced criticism from trade unions who say it is exploitative, while businesses say many of those working in it enjoy the flexibility.

It could still take several months for the details of Friday’s decision to be worked at a further employment tribunal hearing to sort through practicalities over sums owed to drivers, according to lawyers.

Law firm Leigh Day says eligible drivers may be entitled to an average of £12,000 (€13,000) in compensation. It represents more than 2,000 potential claimants.

Uber has faced opposition from unions and challenges to its business model in several countries as it disrupts the taxi market.

In November, however, it saw off a challenge in its home market of California where voters backed a ballot proposal that cemented app-based food delivery and ride-hail drivers’ status as independent contractors, not employees.

One of the two former Uber drivers who led the British case, James Farrar, called on Prime Minister Boris Johnson’s government to do more to reform the gig economy.

“I am delighted that workers at last have some remedy because of this ruling, but the government must urgently strengthen the law so that gig workers may also have access to sick pay and protection from unfair dismissal.”