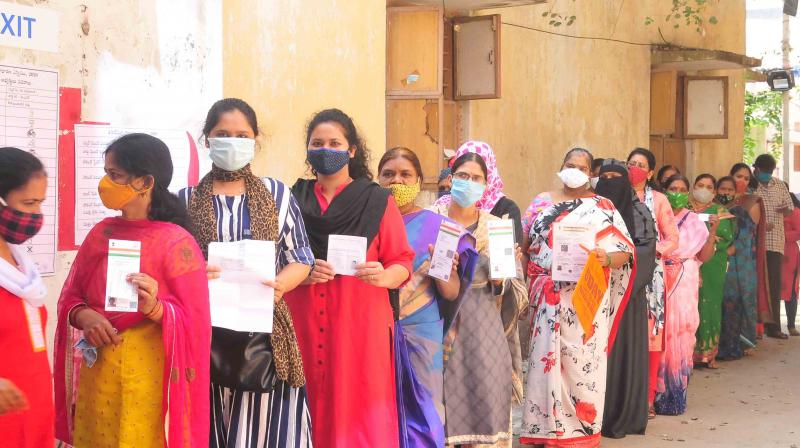 KURNOOL: One person died in an alleged police lathicharge during the third phase of Gram Panchayat elections in Kurnool district on Thursday. However, police denied there was a lathicharge.

Nandikotkur rural circle inspector Prasad said the deceased T. Sreedhar, 25, was a heart patient who had breathing problems when he was running when the crowds dispersed. He clarified that the police patrolling vehicle was only blowing the horn and there was no lathicharge as alleged by villagers.

An unruly mob at Pratakota village in Pagidala mandal of Nandikotkur Assembly constituency was being dispersed late on Wednesday night when the youth was killed. Tension prevailed as a TD candidate won the Grama Panchayat Sarpanch post with a majority of just four votes. YSR Congress cadres demanded repoll and surrounded the returning officer to recount the ballots. Outside the RO office, the waiting villagers went berserk and turned violent. To disperse them, the police had to use mild force, said villagers.

At present, the fourth phase poll is mostly in Adoni division with several sensitive villages in Pathikonda, Yemmiganur, Adoni, Chippagiri and Kappatrala which have a legacy of faction killings. Police are beefing up security to meet any challenges that may arise, said a senior police officer.

Lawsuit accuses Donald Trump, Giuliani and others of conspiring to incite Capitol riot