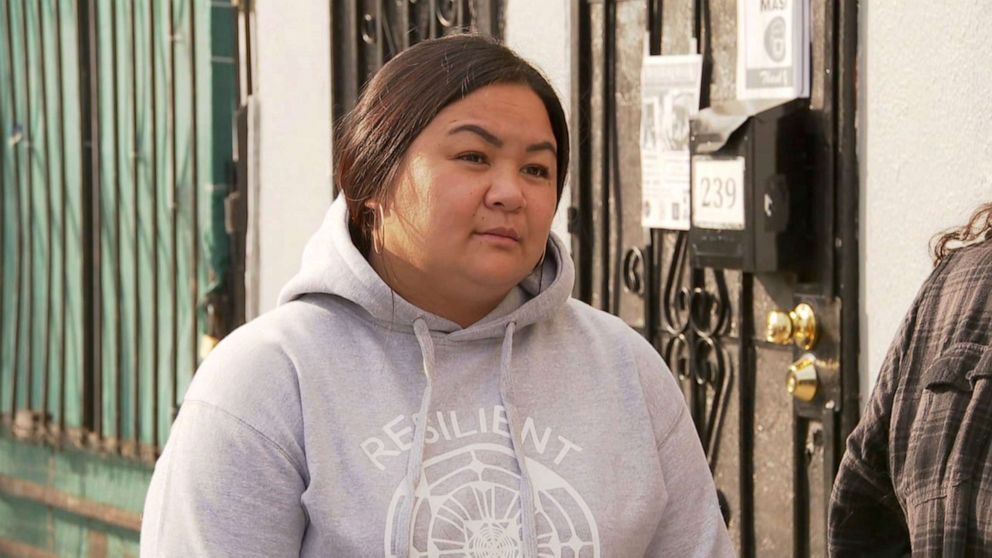 Ever Linares grew up in South Los Angeles, where he tangled with gangs. He later turned his life around, devoting his time to giving back to the community through the nonprofit Resilient, even as the second wave of the coronavirus bore down on the city late last year.

Linares, a family man with seven children, worked with gang members in the area to help get them back on track. He also handed out food and protective equipment for COVID-19. In November, he became ill along with his wife, Andrea Linares, and their seven children.

“We started to get sick one by one, and as we began to get positive, it was me and my son,” Andrea Linares told ABC News. “First, we tried to isolate in a separate room, and then the next day, the other results came in for my other two daughters, and then Ever was third.”

That recent wave of the virus led to a 1,000% increase in cases among Latinos throughout Los Angeles County, according to city health officials. Latinos now make up 55% of cases statewide and 46% of deaths, according to the California Department of Public Health.

Case numbers and deaths are far lower in surrounding neighborhoods like Beverly Hills and Santa Monica, according to weekly COVID-19 briefings from the city, which are wealthier, predominantly white neighborhoods.

In the LA neighborhood of Pacoima, another mostly Latino community, health workers like Dr. Allison Campos have seen the impact of the virus on people with chronic diseases.

“One of the big things that I’ve seen is that we, unfortunately, have higher rates of chronic diseases, especially diabetes, among other things, like high blood pressure and high cholesterol and obesity,” she said, adding that these are all risk factors for increasing “a person’s chance of developing severe COVID, being hospitalized and also dying.”

The Latino community is also less likely to get the help it needs, Campos said.

“Our patients are often undocumented and they are often concerned about their legal status when they seek care,” she said. “Will this be counted as a public charge, for example, and they also don’t qualify for some of the benefits that are allowing people to just get by — unemployment benefits, for example, [and] COVID relief sick time.”

Possibly making matters worse, some in these communities are also hesitant to take the vaccine, Campos said.

Pacoima is one of the hardest-hit communities in the entire country. Nearly 1 out of every 5 residents in the neighborhood has had COVID-19. One in every 430 people has died from the virus, according to Los Angeles County Department of Health.

As many in the community struggle with the toll of the virus on their health, many others deal with the hardships of finding food to feed their families.

“We’ve seen about a 400% [increase in] demand in food,” said Janet Marinaccio, CEO of the nonprofit MEND. “So, because of layoffs, lost jobs, lost income, people who never came to a food pantry before are coming … looking for food.”

Marinaccio said her organization had never seen lines of people in need of food before. In recent months, she said the lines have grown around the block. Many people have waited hours to collect food.

“They can’t afford not to work. They can barely afford life when they are working, so if you lost income, [it] places their family at risk,” she said, referring to essential workers who have no choice but to come in and face increased exposure.

Laura Hidalgo, an employee at MEND who grew up in Pacoima, said it’s been hard for her to see her community suffer from this virus.

“We get updated COVID case numbers and our communities are always the highest,” she said. “It is gut-wrenching because here we are on the front lines trying to prevent a lot of this from happening, and unfortunately, [it’s] out of control.”

In South LA, Ever Linares became so ill with the infection that he had to be taken to the hospital. Andrea remembers giving him a kiss and a hug and telling him everything would be OK, she said.

It ended up being the last time she’d see him alive. Weeks later, she received what she thought was a routine hospital call.

“I thought it was the nurse to FaceTime for that evening, and they called me to let me know that my husband’s heart rate is dropping,” she said.

The family rushed to the hospital, but they were too late. Andrea Linares said they arrived less than five minutes after he’d died.

Many in the community came forward to express their condolences to the family.

“I have a lot of people, when he passed away, come and [say what] he did for their life,” she said. “It was always him last. He always put people before himself. He made sure we were good, even if we didn’t have anything, he would make sure we were fine. He put up with a lot.”