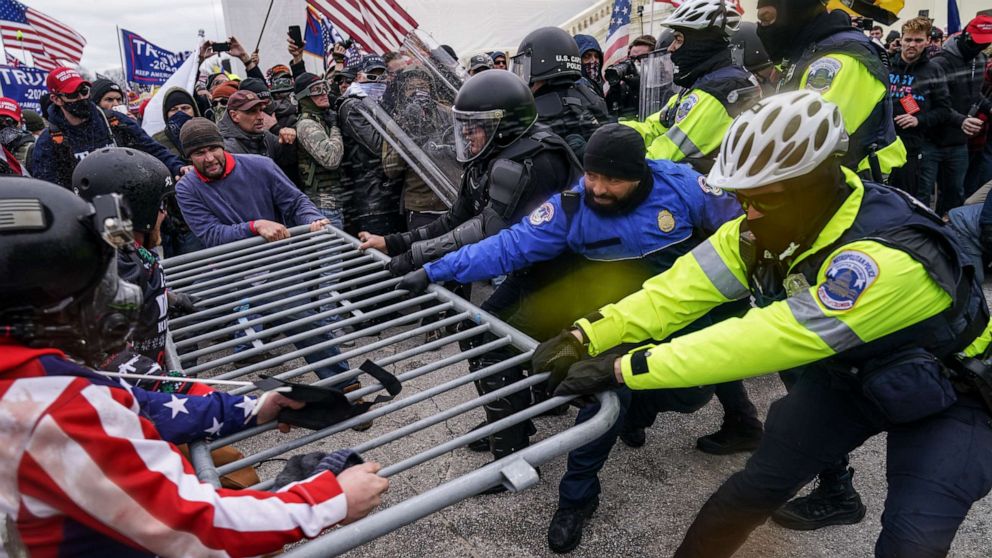 The Senate is poised to hold its first hearing next Tuesday into the security preparations leading up to Jan. 6 and has called current and former officials responsible for securing the U.S. Capitol building to testify.

In what would be a joint oversight hearing, the Senate Homeland Security and Government Affairs Committee and the Senate Rules Committee have asked four officials to explain the security failures that led to the Jan. 6 Capitol riot that left five dead.

Sund, Irving and Stenger quickly resigned following the Capitol riots, but lawmakers said their departures left many unanswered questions about why Capitol security was so easily overwhelmed, why the Capitol Police did not request sufficient reinforcements from the D.C. police and the National Guard, and why some officers appeared to be appeasing the extremist interlopers — with at least one officer allowing a rioter to snap a selfie with him.

The committees also have asked for testimony from the chief of the Metropolitan Police Department, Robert Contee.

News of the hearing comes as House Speaker Nancy Pelosi endorsed creation of an independent commission that would investigate the Jan. 6 attack.

A House Democratic leadership aide told ABC News that legislation to set up the commission could be introduced as early as this week. But it’s unclear when the legislation could be voted on. The House is set to return the week of Feb. 22.

The legislation – mirroring a similar commission that investigated the terrorist attacks on Sept. 11, 2001 — would also need approval from the Senate and it would require the president’s signature.

Separately, Pelosi tapped retired Lt. Gen. Russel Honoré last month to lead a review of the “security infrastructure” of Capitol Hill in the wake of the attack.

“For the past few weeks, General Honoré has been assessing our security needs by reviewing what happened on January 6 and how we must ensure that it does not happen again,” Pelosi wrote in her letter on Monday.

“He has been working with Committees of Jurisdiction and will continue to make proposals. It is clear from his findings and from the impeachment trial that we must get to the truth of how this happened,” she said.