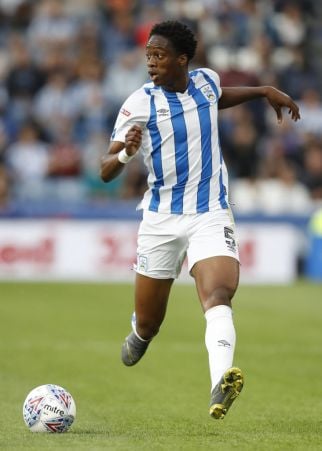 The PA news agency understands that Kongolo had no prior knowledge of the party, which was to celebrate the Holland international’s 27th birthday.

Parker also suggested the club will launch an in-house investigation into the incident.

“I think like anything as you can imagine, my reaction to it was not best pleased in the current climate in terms of what everyone is facing and what we’re in. It’s not acceptable to be honest with you.

“I had the conversation with Terence, and he didn’t know a lot about it, that’s my understanding of it, it was a surprise party.

“The people who have planned this have put him in a very vulnerable position but in saying that it’s something that we will deal with as a football club in-house and that’s the nuts of it really.”

Kongolo, who has been stepping up his recovery from injury, will not feature in Fulham’s upcoming match against Sheffield United, but will play for the under-23s on Friday.

Parker added: “Terence won’t be involved this weekend, no, he’s playing today for the under-23s.”

It was not the first time this season that a Fulham player had breached government coronavirus guidelines, striker Aleksandar Mitrovic was pictured on New Year’s Eve with Crystal Palace captain and fellow Serbian Luka Milivojevic.

Fulham had two matches at the start of January postponed because of a Covid-19 outbreak at the club of more than nine cases, which prompted the closing of areas training ground.

Fulham host bottom-placed side Sheffield United on Saturday in a bid to close to gap to 17th-placed Newcastle, who are currently six points ahead of the Cottagers, and Parker insisted both clubs will be fighting for the three points.

“I think that’s fair to say (that it’s a must-win for both clubs). Parker said. “I think both teams are going to want to do all they can to win the game.

“There’s 14 or 15 games left and we’ve picked four points up this week, which was always going to be a tough week, to now which is a tough game with Sheffield at the weekend and I think with both teams it’s (the importance) evident.

“I’ve said it for the last few weeks now, every game that we go into now we want to try and win the game and that’s going to come on Saturday.”