Facebook Twitter LinkedIn Tumblr Pinterest Reddit VKontakte Odnoklassniki Pocket
3D printers are more and more included in our life. I think in 10-15 years they will become as commonplace as conventional printers for printing. In principle, in richer countries, this is already happening today.
So a DIY master with the nickname Bob-Bee bought himself a 3D printer. And I immediately decided to check if it was really possible to do something worthwhile on it. As a test model, he decided to print a children's bicycle. Actually, not the bike itself, but the frame for it.
Tools and materials: -3D-printer Creality Ender 3; -PLA filament + high-temperature PLA; -Epoxy resin;
-Emery paper;
-2 wheels; -Bicycle seat; -Front fork; -Steering wheel; -Pedals;
-Software for 3D-modeling Blender;
-Slicer Cura for 3D-printer;
Step one: modeling
The master started with a drawing … Then I translated this sketch into a 3D model.
He used a free software called Blender to create the model. 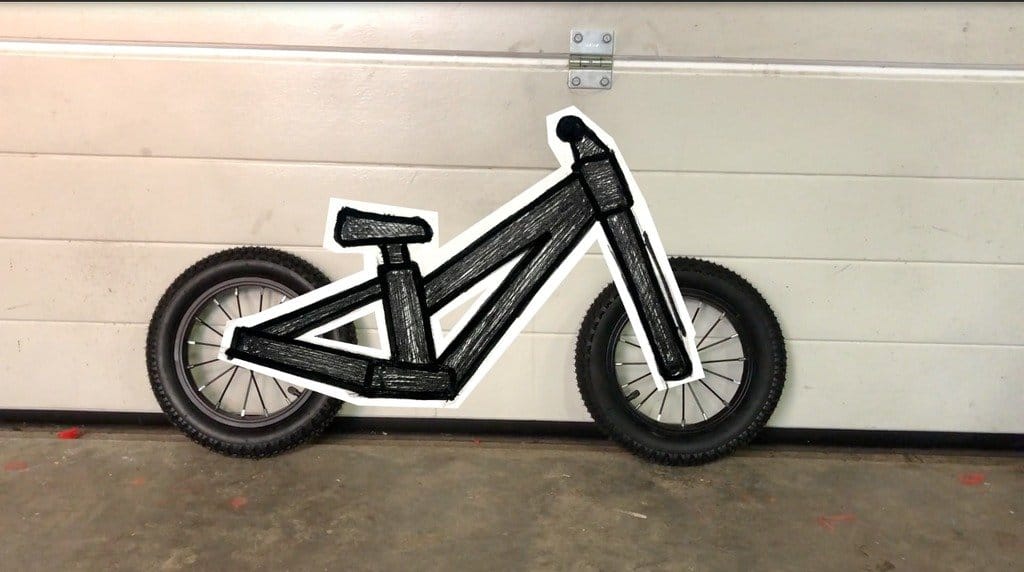 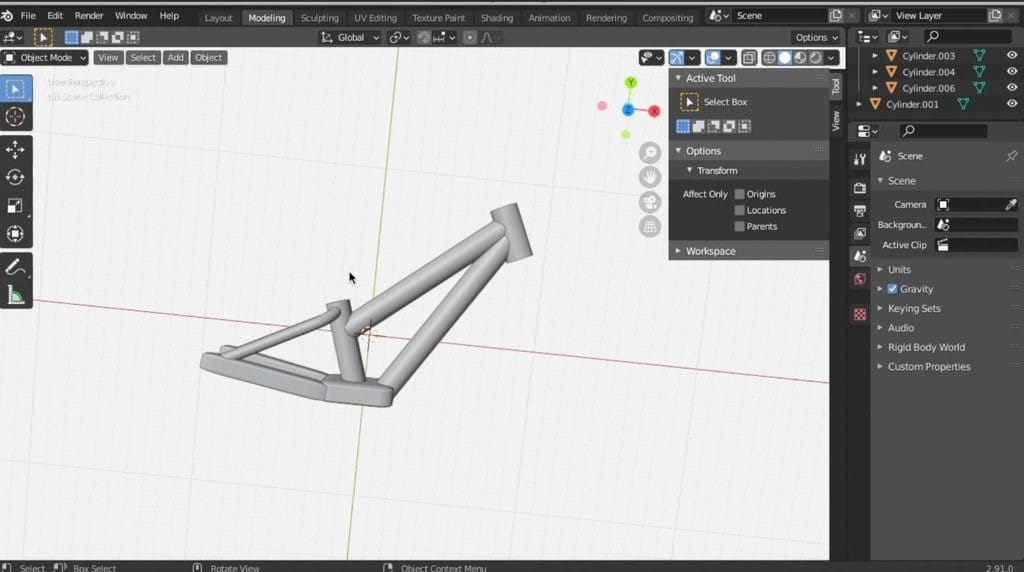 Step two: preparation and printing
Frame had to be divided into smaller parts. The reason is that the frame size is too large to print with this printer.
He exported the files from Blender as .STL files and imported them into a program called Cura.
With this software, you can prepare the file for a 3D printer.
The printer is configured for PLA +. No padding, supports are used.
The total print time was about 80 hours and about 500 grams of PLA.
Step three: building
After printing, it grinds all the docking points. Cuts off caps and glues parts with epoxy. 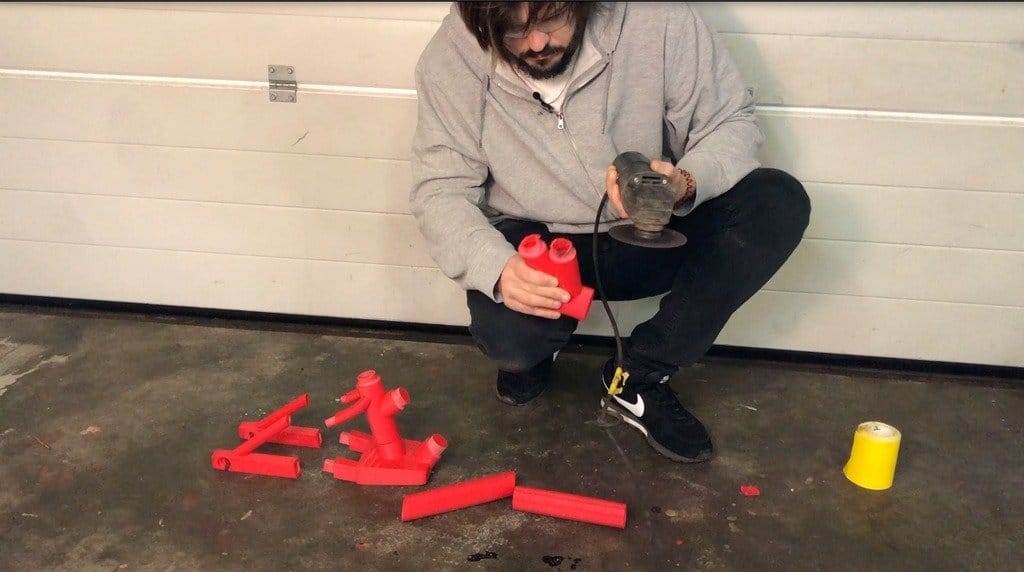 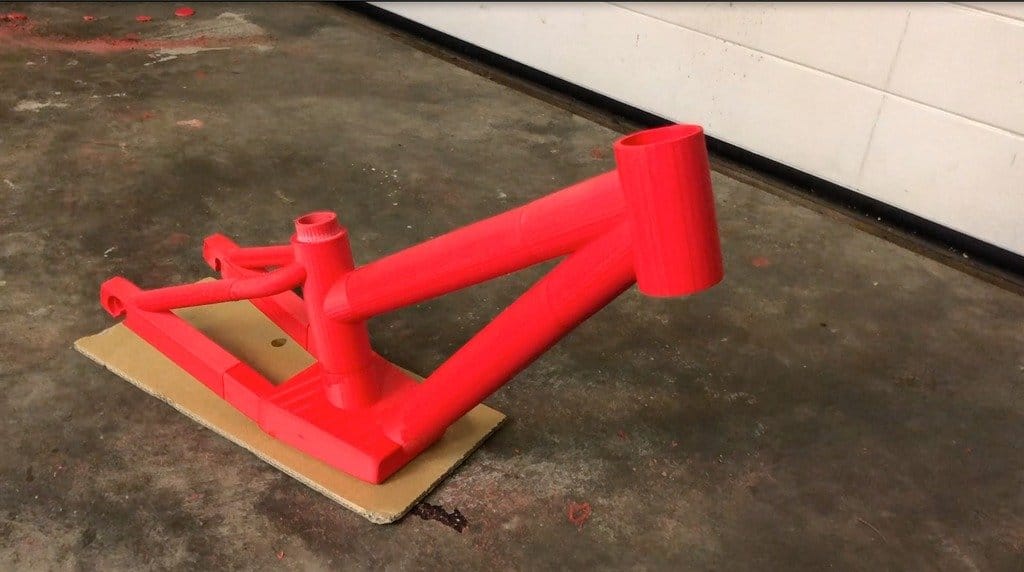 Step four: epoxy resin
At the bottom of the frame, he drills a small hole and fills the frame with epoxy. Epoxy makes the frame strong and shortens the print time.
When the epoxy is dry, he sands the frame and applies a layer of red pigmented epoxy on top.
Step five: assembly
Then you just need to assemble the bike. 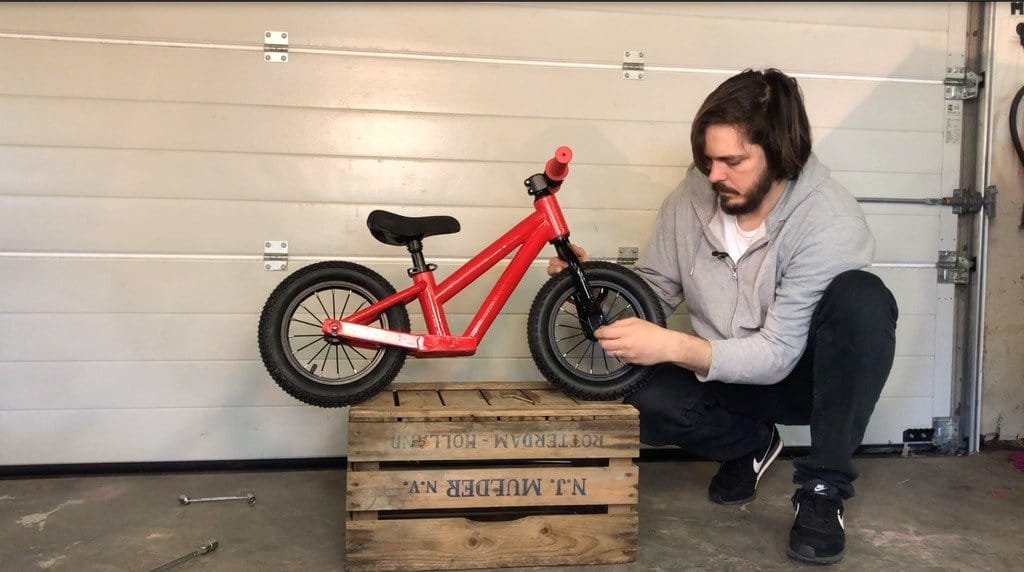 Everything is ready, pretty good for a first experience.