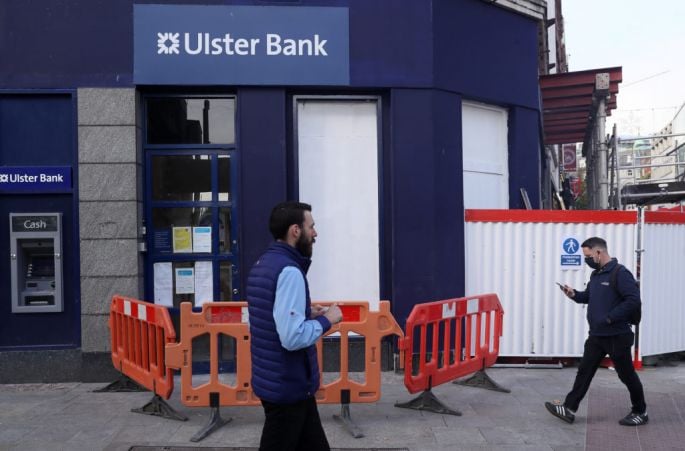 The withdrawal of Ulster Bank from the Republic of Ireland market would be a “major hammer blow” to customers and workers, the Dáil has heard.

Sinn Féin’s Pearse Doherty warned that vulture funds could take over the bank’s €20.5 billion loan book if it pulls out of the market.

“There has been speculation now for months that Cerberus, one of the most aggressive vulture funds in this State, is circling Ulster Bank’s entire €20.5 billion loan book,” Mr Doherty said.

“This would be an unacceptable outcome for homeowners, for borrowers, and it must be avoided at all costs.

“The best scenario is that Ulster Bank remains a part of our banking sector and I hope that is what is to come to pass. ”

The party’s finance spokesman said that if NatWest announces Ulster Bank’s withdrawal there is a responsibility on the Government to act to ensure “all that can be done is done to minimise the damage that would be caused”.

It follows reports that the board of NatWest, the parent company of Ulster Bank, was due to meet on Thursday to decide on the future of Ulster Bank in the Irish market.

Tánaiste Leo Varadkar, who was taking Leaders’ Questions on Thursday, said the potential withdrawal of the bank was a “matter of real concern” for the Government.

He also said Minister for Finance Paschal Donohoe was assessing all options to try to minimise any job losses and reduce the negative impact it could have on competition in the sector.

He also said he was concerned about the effect of media speculation on the future of the bank on staff and customers.

Mr Varadkar told the Dáil that if the bank closes in Ireland all deposits and savings would be “fully protected”.

“The central bank has clear requirements that apply when firms cease operations or transfer operations to another entity,” he said.

“Customers must be informed about these decisions, and given at least two months’ notice to move to alternative providers.”