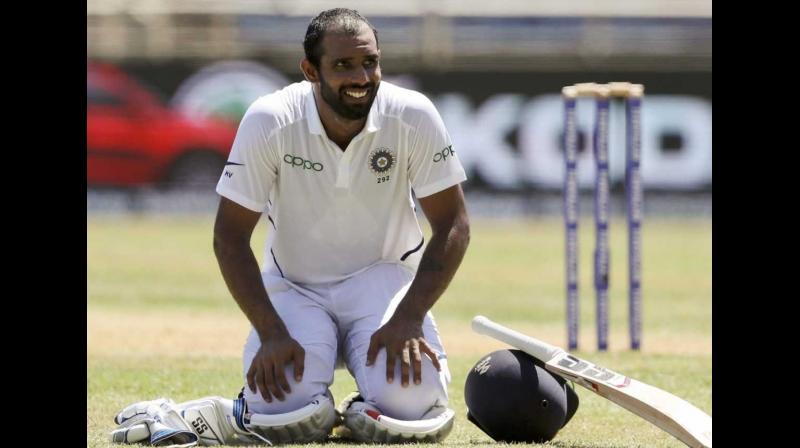 Cricketer Hanuma Vihari remained unsold in the 2021 IPL mini auction — his base price was `1 crore. He too must have been taken aback as his sarcastic tweet, “LOL”, accompanied by a laughing emoji said it all.

The tweet has now gone viral and his fans are very annoyed at the snub.
Experts say IPL is business, not just a game. The franchises invest big money on their team and look for players who are worth their investment. Players should understand the business logic and not think emotionally.

One has seen big players like Virender Sehwag, Yuvraj Singh, Harbhajan Singh and many more being snubbed by their respective franchisees when they underperformed. They weren’t retained.

Cricket administrator and former Talent Resource Development Wing (TRDW) for Kolkata Knight Riders Makarand Waingankar says that franchises do their homework well before they invest in a player. They hire scouts to check the performance of players all year long and pick players based on their feedback.

“These scouts may be former cricketers and analysts who watch domestic matches like the Syed Mushtaq Ali trophy, and send feedback to the franchises about the players’ performance and potential,” says Makarand.

Vihari’s track record has been unsatisfactory. He has featured in 24 IPL matches with a meagre 284 runs! Moreover, he’s considered a “good test player”, not for a T-20 format.

But since a test batsman like Cheteshwar Pujara was picked, fans feel why not Vihari?

Citing the example of England captain Joe Root, who was once similarly snubbed, former cricketer and Chief selector M.S.K. Prasad admits that sometimes players can get a raw deal. It was unfortunate that Vihari went unsold at the auction. But Prasad says he has a great opportunity to prove his mettle for next year's IPL’s mega auction.

“I advise Vihari not to feel bad because he has one full domestic year to play and get ready to further showcase his potential. He’s a quality player and he definitely deserves to be in any franchise,” says Prasad.

A tad unlucky too

Vihari’s situation could also be a case of bad luck too. One must not forget that he played with an injured leg while saving the match against Australia in the Sydney test. He was ruled out for the subsequent test match at Adelaide, and so could not be a part of India’s historic win.

There are many players who have performed very poorly in IPL, especially the big guns on who huge money was spent, but they still get taken.
Vihari wasn’t so lucky.

Sports broadcaster Sunil Yashkalra calls such scenarios ‘gruesome coincidences’, and says such things happen in sport. According to him, Vihari should have taken this setback in his stride and not tweeted.

“He is just 26, so he needs to be a bit careful with his social media handle. He has to upload videos of his batting practice sessions and not express his anguish,” says Yashkalra, who describes auctions as ‘Russian roulette’.