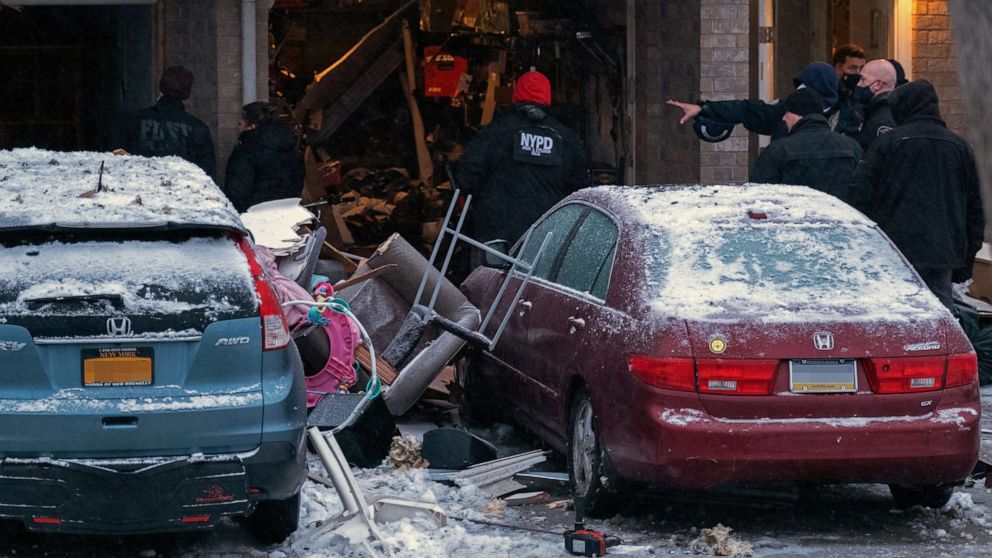 Nine people, including six children, were hurt in gas explosion at an apartment in New York City, the cause of which is still under investigation.

All injuries from the Thursday afternoon blast in the Bronx are non-life-threatening, the New York Fire Department said.

The blast occurred on the second floor of an apartment, blowing the front door off the home and into a tree.

“I burst open my door next door and I saw my grandfather was OK,” building resident Adriel Sambolin told New York ABC station WABC. “We hopped out the window in the back because we had no more window.”

“I opened the door and packed my bag, threw my phone, my wallet and then jumped out the back and he jumped out with me and I jumped that gate to see if everyone was OK,” he added.

“We received a call for an explosion. Units responded on scene in three minutes and found what appeared to be a gas explosion with heavy damage to the front of the buildings,” FDNY Deputy Assistant Chief John Sarrocco said at a press conference. “There were windows and doors blown out.”

Photos from the scene showed sliding glass doors completely blown out and debris blown over the decks and onto the cars in the driveway below.

The gas plumbing is being looked at as a possible cause of explosion, as the city’s Department of Buildings issued a full vacate order of the building Friday. The Buildings Department has already issued a violation for illegal or defective gas hook up and piping, but investigators have not yet determined whether those conditions are directly related to the explosion.