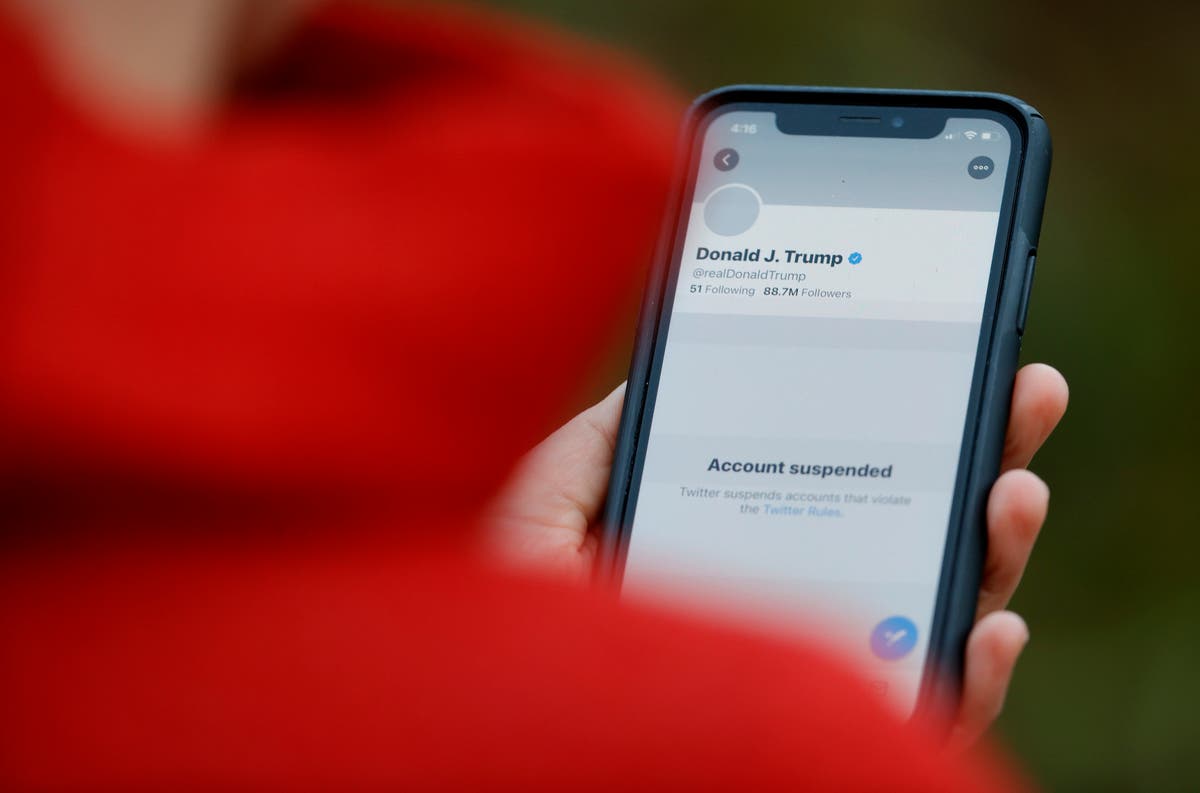 Donald Trump will be banned forever – even if he runs again, Twitter has said.

The company’s chief financial officer said in the wake of its latest results that the ban is permanent, whatever he does.

“Remember our policies are designed to make sure that people are not inciting violence. And if anybody does that we have to remove them from the service. And our policies don’t allow people to come back.”

Mr Segal confirmed that the rules would apply to any public official that was banned from the service for similar reasons to Mr Trump.

Twitter had previously said that Mr Trump was exempt from its rules because of his status as a newsworthy figure and a holder of public office. But the comments suggest that he would not be able to come back to the site even if those things became true again.

As part of the same results, Twitter chief executive Jack Dorsey said that the ban of Mr Trump had not make any significant change to the company’s growth.

“We’re a platform that is obviously much larger than any one topic or any one account,” he told investors, apparently in reference to the ban. He also said that 80 per cent of the site’s users were outside the US and that the site is “not just dependent upon just news and politics being what drives Twitter”.

Twitter banned Mr Trump in the wake of the violence at the Capitol last month. While it said then that the ban was permanent, there have been questions over whether any possible bid for power by Mr Trump – such as a run for president in 2024 – could lead him to be reinstated.

“After close review of recent Tweets from the @realDonaldTrump account and the context around them — specifically how they are being received and interpreted on and off Twitter — we have permanently suspended the account due to the risk of further incitement of violence,” the company’s Twitter Safety account tweeted last month, when the account was removed.

“It noted at the time that Mr Trump had been afforded extra freedom beyond its rules because of his position, but that he had eventually gone further than Twitter would allow,” Twitter said when the ban was announced.

“Our public interest framework exists to enable the public to hear from elected officials and world leaders directly. It is built on a principle that the people have a right to hold power to account in the open.

“However, we made it clear going back years that these accounts are not above our rules entirely and cannot use Twitter to incite violence, among other things.

“We will continue to be transparent around our policies and their enforcement. ”

Facebook is yet to confirm whether it and Instagram’s “indefinite” ban will remain in place. The decision has been forwarded to its “oversight board”, which will return a binding decision on whether it should stand as well as give advice on its policies towards public figures.