Do you love fishing the way Luke loves it? The Canadian guy spent almost all his free time on the water. He has a large arsenal of swimming facilities. And everything would be fine, but as time goes on, the number of family members has increased. The moment has come when the available boats and a motorboat have ceased to arrange it for the next outdoor recreation. 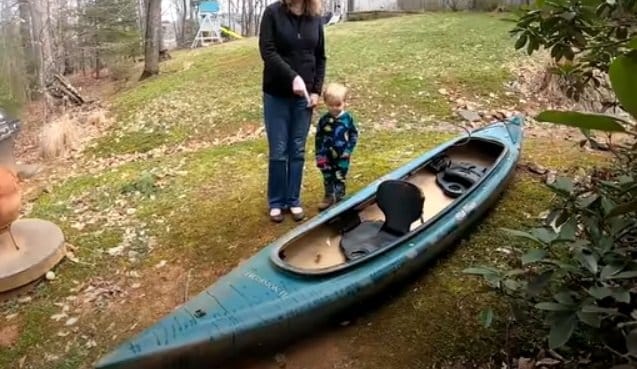 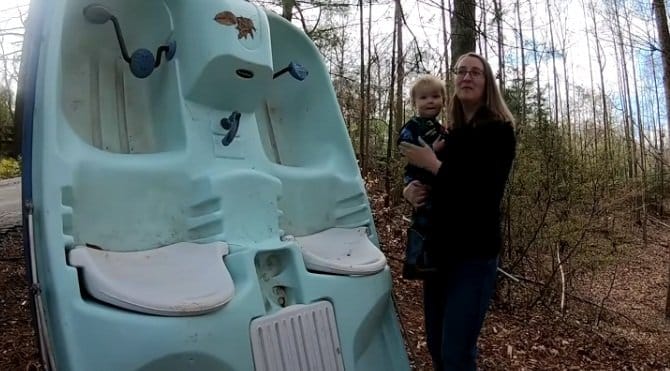 The head of the family decided to realize his old dream , namely, to make a fishing shack with your own hands that can move on water. The man said, the man started to do it. I bought lumber and waterproof plywood from the retail chain. The production of the project took place in the garage. Autumn weather in Canada is cool, so the garage had to be heated with a gas cannon.

Having made some simple calculations, the author started to mark and sawing blanks for the deck of the raft. 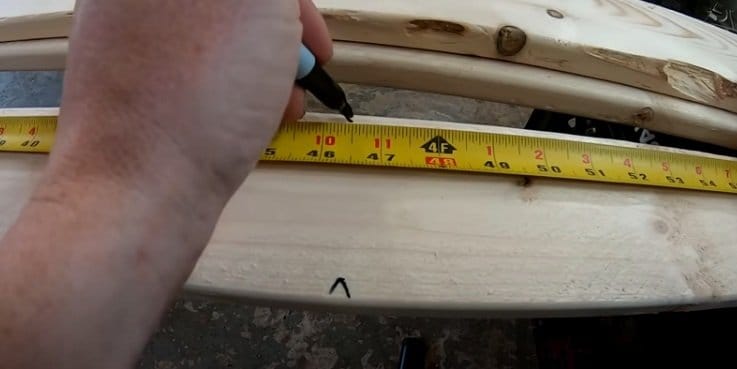 The deck consists of four parts. Each part is a frame made of bars, reinforced with ribs. The top frame is covered with plywood and all parts of the deck are primed and painted. When assembled, the dimensions are five meters long and two and a half wide.

The raft was intended to be operated almost to the first ice , therefore, in order to comfortably spend time fishing, and even with growing up guys, you need walls, a roof and at least some kind of heating. Having made the calculations, now the huts, the author began to manufacture. The technology is the same, only with the introduction of windows and doors.

Having made the walls, the head of the family decided to finish assembling the raft itself in order to assemble the walls on it, and at the same time to clarify the size of the roof. The buoyancy of the raft will be created by garbage containers with a capacity of 68 liters. These containers are commercially available. The advantage is that even during operation, one container will be damaged, nothing bad will happen. And it turns out to be popular to create pontoons in Canada from containers for garbage.

The containers are fastened with bolts. After securing the floats, the integrity of the deck is collected with bars and bolts. 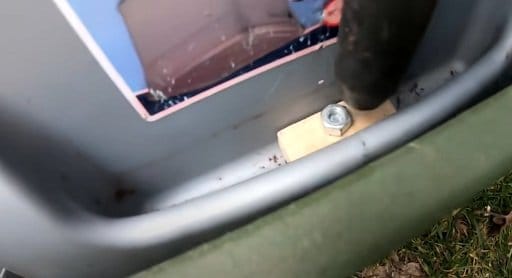 Now is the time to assemble the walls on the pontoon. All parts are designed so that one person can assemble and disassemble without straining. After assembly, the walls were painted inside and out. The author made the roof half transparent so that it was light in the room during the day and installed it in place.

I drilled holes in the deck for fastening working rods, and in the hay, near the door, I installed a fastener for spare ones. I laid the wires, made lighting inside the cabin and on the deck near the rod mount.

Everything is ready for the family to go fishing. The product is disassembled and loaded onto a car trailer. Arriving at the fishing site, a pontoon is assembled and lowered into the water, on which a cabin is installed, tackles are placed in places. 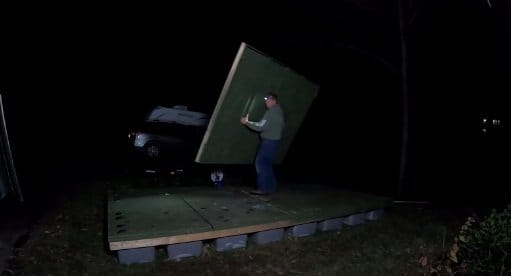 Beds, a gas heater, a solar panel, warm clothes, food, in short, everything that could create a home comfort on the water were loaded on board. The fishermen installed a boat motor and set off at a speed of one knot to the place of fishing. Having chosen the place they liked, they dropped the anchor and began to cast gear. Groundbait was prepared for the carp. We set up the tackle, it got dark. We decided to have a snack, turned on the light, took out the stove and the first bite did not allow us to cook dinner. 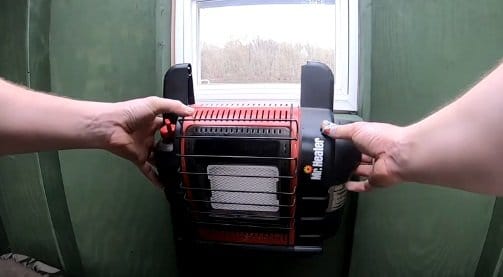 As they say, war is war, and food is on schedule. Having fried a beef steak with vegetables, they drank with appetite in the fresh air.

After a hearty supper, they turned on the propane heater and went to bed, But the new trophy interrupted the sweet dream. 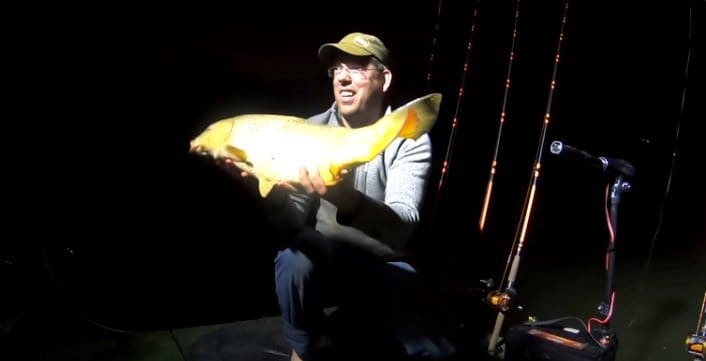 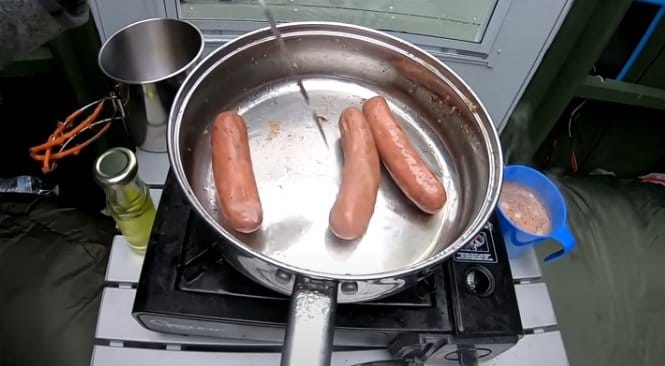 Our hero took his family to nature, but not for survival, but created good conditions for himself and his family. It seems to me that his project is interesting and if you add up: – the proximity of a reservoir, a friendly family, availability of free funds and a great desire, this project can be repeated.