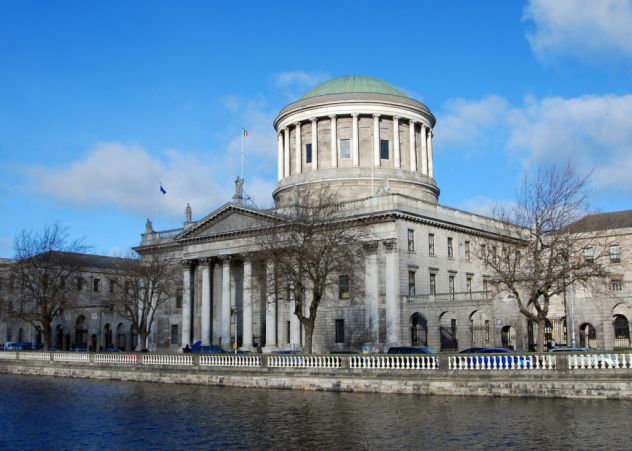 "The Four Courts in Dublin, Ireland. The courts are the Republic of Ireland's main courts building, housing the supreme court and high court. They were built between 1796 and 1802. UK &amp; Ireland lightbox"

Some 18 or 19 people unlawfully occupying two Dublin properties should be advised by their newly retained lawyers of their duty to comply with a High Court order to leave or face possible imprisonment, a judge has said.

Fourteen years of legal proceedings have elapsed since repossession moves began over the properties at Little Mary Street and Richmond Avenue, Ms Justice Leonie Reynolds said when she agreed to adjourn a case over the unlawful occupation for a week.

Debts of some €2.3 million remain on mortgages taken out on those properties and the current owner of the mortgage debt, Pepper Finance Corporation (Ireland) DAC, wants vacant possession to sell them to meet the debt.

The court heard the defendants, whose identities up until now have not been known because of their refusal to identify themselves to agents of Pepper, had only sought legal representation nearly five months after injunction proceedings against them began and some 11 months since efforts began to get them to leave.

An appeal against an order that they leave the buildings was rejected by the Court of Appeal, which however extended a stay on them having to leave until this month.

After the occupants refused to engage over several months, Pepper brought injunction proceedings and, it says, with the exception of one person, all continued to fail to comply with the court order that they leave. As a result Pepper applied to have them jailed for contempt of court order.

The case was back before Ms Justice Reynolds on Friday when she was told by Stephen Byrne BL, for Pepper, he was not objecting to a week’s adjournment to allow solicitors newly retained by some 18 or 19 defendants to “come on record” and represent them.

Counsel said it was highly unsatisfactory that the defendants were seeking representation at the 11th hour having not engaged over the last 11 months. It was also similar to efforts to repossess another similarly unlawfully occupied property which “came to nothing after six months”, he said.

However, given that jailing for contempt of court can have the most serious of consequences, and out of professional courtesy, Mr Byrne was agreeing to a week’s adjournment.

Rory Kennedy BL, for most of the defendants, said he needed time to take instructions. He would also provide the court with a full list of his clients’ names.

The judge said the similar case Mr Byrne referred to took up “six months of court time” which was not quite the same as nothing coming of it.

She said while Mr Kennedy and the solicitors representing the defendants had a duty to their clients, they also had a duty to ensure they complied with court orders.

“It is difficult to see what advice you can give them other than this is not going to be a case of kicking it down the road,” she said. The order to quit the premises had been made and “that ship has sailed”, she also said.

If it was the position of Pepper’s counsel that there should be an adjournment then so be it. “I’ll say no more and put it back for a week,” she said.