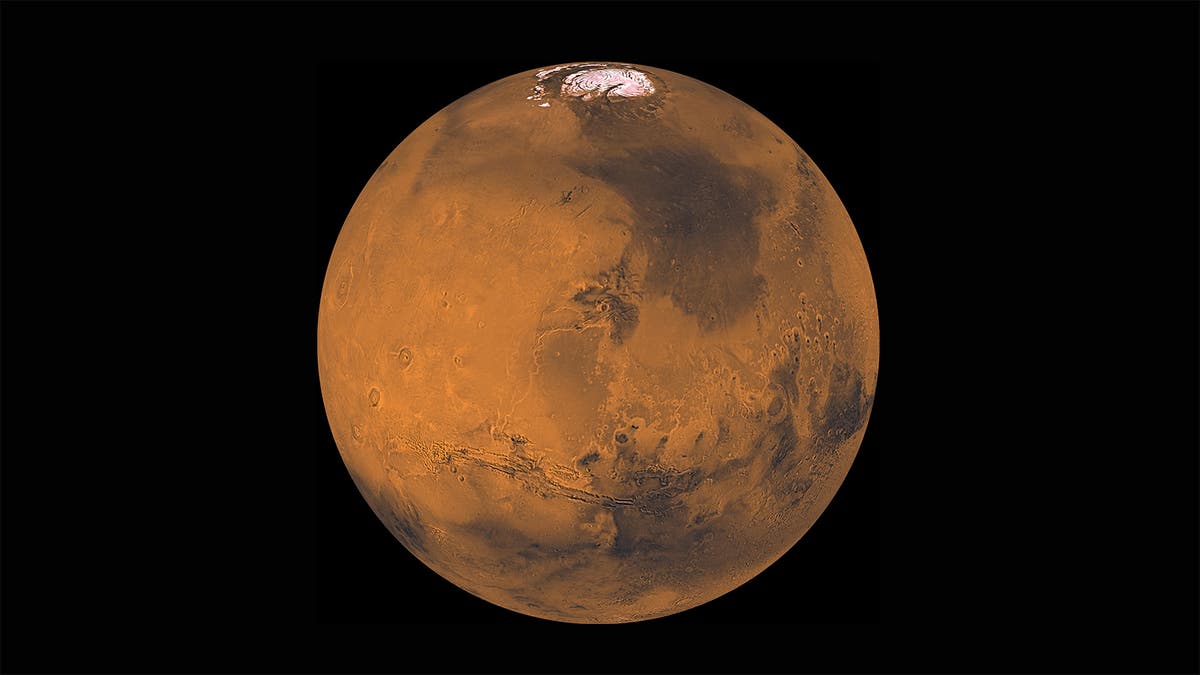 The first halogen gas on Mars has been detected, shedding new light on the history of the Red Planet.

The ESA-Roscosmos ExoMars Trace Gas Orbiter spacecraft detected hydrogen chloride, which is comprised of one hydrogen atom and one chlorine atom.

Gases based on chlorine or sulphur are possible indicators of volcanic activity, which Mars scientists were already looking to discover, but the new find has some strange qualities.

The fact that this particular discovery was made in distant locations at the same time, without any other gases that would be expected from Martian volcanos, means that an unknown process between the surface of the planet and its atmosphere is taking place.

Scientists suggest that salt – the remnants of Martian oceans – are lifted into the atmosphere by winds. Sunlight warms the atmosphere causing dust and water vapour to rise. These two components reach with each other to release chlorine, eventually producing hydrogen chlorine.

“The discovery of the first new trace gas in the atmosphere of Mars is a major milestone for the Trace Gas Orbiter mission,” says Håkan Svedhem, ESA’s ExoMars Trace Gas Orbiter project scientist, in a statement.

“This is the first new class of gas discovered since the claimed observation of methane by ESA’s Mars Express in 2004, which motivated the search for other organic molecules and ultimately culminated in the development of the Trace Gas Orbiter mission, for which detecting new gases is a primary goal.”

Understanding these processes in more detail –on a planet that is 194.65 million kilometres away – is vital to understanding how the Martian climate evolved, especially as the cycle is so similar to that on Earth.

“The changing seasons on Mars, and in particular the relatively hot summer in the southern hemisphere seems to be the driving force behind our new observations such as the enhanced atmospheric water loss and the dust activity linked to the detection of hydrogen chloride, that we see in the two latest studies,” adds Håkan.

“Trace Gas Orbiter observations are enabling us to explore the Martian atmosphere like never before.”

Scientists can also measure water vapour and ‘semi-heavy’ water – which is when a hydrogen atom in the compound is replaced by a deuterium atom.

“The deuterium to hydrogen ratio, D/H, is our chronometer – a powerful metric that tells us about the history of water on Mars, and how water loss evolved over time”, Geronimo Villanueva of Nasa’s Goddard Space Flight Center said.

These developments can now be measured in more detail than has ever been done before. “It is like we only had a 2D view before, now we can explore the atmosphere in 3D,” Ann Carine Vandaele, principal investigator of the Nadir and Occultation for MArs Discovery (NOMAD) instrument that was used for this investigation, said.

Recently, another probe was sent to our closest planetary neighbour so to study its environment.

The United Arab Emirates’ Hope probe mission successfully completed a challenging manoeuvre which risked sending the probe flying into space to enter an orbit around Mars.

The Hope probe will now study how energy moves through the Martian atmosphere, including the movement of hydrogen and oxygen atoms, which could prove the foundation of human settlements on another world.