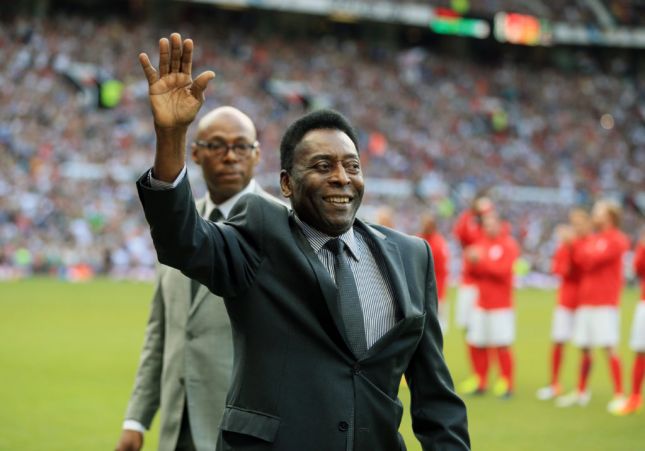 The 1970 World Cup sealed Pele’s legendary status, but a new Netflix documentary highlights how even one of the greatest ever had his doubters.

He had quit international football after the 1966 finals ended in injury for him and ignominy for his country, and there were many who would have been happy for him not to return for the finals in Mexico.

Given how it ended – with Pele winning the World Cup for the third time – that seems incredible now, and equally incredible that, as one of the 20th century’s most famous people, it has taken until now for there to be a definitive film about Pele’s playing heyday.

“He’s the myth, he’s the king, but we’ve never really seen Pele in that human form that an audience can emotionally connect to,” one of the film’s directors, David Tryhorn, said.

“We all look back and think that 1970 team was the greatest team ever, and we actually forget the team was questioned before they left for Mexico and Pele in particular was regarded as yesterday’s man, even though he was only 29 at the time.”

The film-makers spent more than a week interviewing Pele three years ago, but also spoke with others who played a key part in his life and times, from former team-mates and family members to politicians and journalists.

The film, which is released on Tuesday, focuses on the period between 1958 and 1970 when Brazil threw off its ‘mongrel complex’ as an inferior nation and built a new identity.

The failure to win the 1950 World Cup on home soil fed that sense of inferiority. Even 20 years later, as Brazil looked on course to win in Mexico, a semi-final against their 1950 conquerors Uruguay seemed to bring all Brazilians’ old fears back to the surface – Pele included.

“For a country that wasn’t involved in world wars, Brazilians say 1950 was their JFK assassination, their Hiroshima, this moment of national tragedy,” Tryhorn added.

“It was one of our main challenges – how to work 1950 into the film without it feeling a bit too old or dry, because 1950 underpins everything in Brazil, certainly in that era.”

Pele becomes visibly emotional when recounting the moment of triumph in Mexico, and tellingly said what he felt above all else was a sense of relief.

“We can really feel that pressure of a 12-year journey, and a 12-year burden of a nation’s hopes and expectations being lifted from his shoulders,” Tryhorn said.

Pele’s rise from Santos prodigy to international superstar coincided with a new sense of confidence and optimism in Brazil more generally, and he became the highly marketable symbol of a forward-looking nation.

When the military seized power in a coup in 1964, many hoped Pele would use that status to speak out and criticised him for trying to stay outside politics.

The film-makers felt that criticism was not justified.

Director Ben Nicholas said: “Pele comes from a very simple background. His parents, if you’d told them when he was a child that he would become the establishment, that would have been joy for them.

“He sees himself as a guy who’s trying to bring joy to the world, joy to the country, joy to the people of Brazil. The idea for him to become a divisive character or say something controversial, I don’t think really was ever there. He was so happy at this idea that he was Brazil.”

:: Pele is released globally on Netflix on February 23.