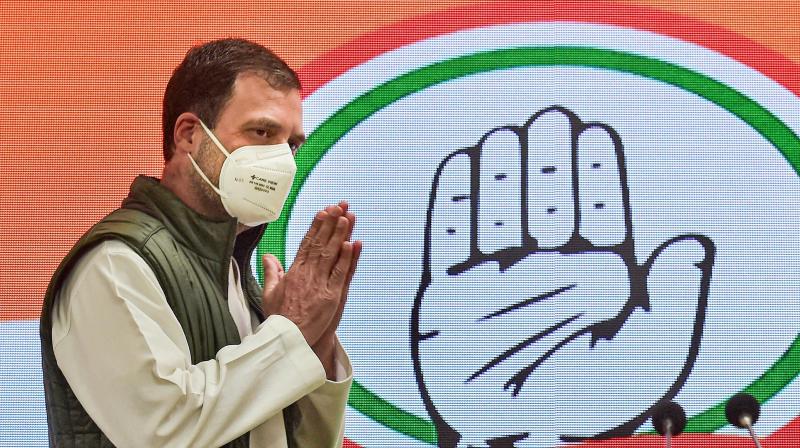 Puducherry: One more ruling Congress legislator A John Kumar, a close confidant of Puducherry Chief Minister V Narayanasamy, resigned his MLA post on Tuesday, in yet another jolt to the ruling Congress dispensation ahead of the assembly polls due in few months.

Kumar, who was elected from the Kamaraj Nagar constituency in 2019 bypoll, is the fourth Congress lawmaker to quit the party ahead of Congress leader Rahul Gandhi's visit to Puducherry on Wednesday to kick-start the Congress poll campaign.

His resignation comes close on the heels of senior party legislator Malladi Krishna Rao, who had earlier quit as Health minister, resigning from the post of MLA on Monday.

John Kumar called on Speaker V P Sivakolundhu at his office and handed over his handwritten letter of resignation, official sources said.

The Speaker told reporters he was perusing the letter and would take a decision soon.

He said he had received Malladi Krishna Rao's resignation letter from the House through fax on Monday night.

With his resignation, the strength of the ruling Congress in the territorial assembly has come down to ten and both the treasury and the opposition will now have 14 members each.

The assembly has 30 elected seats and three nominated seats.

Already two Ministers, A Namassivayam and Malladi Krishna Rao, and a Congress member E.Theeppainjan had quit the posts of MLA during the last couple of months while N.Dhanavelou was disqualified for alleged anti-party activities in July last year.

The Congress headed by V Narayanasamy has been depending on the support of the three-member DMK and a lone legislator from Mahe N Ramachandran.

On the opposition side, AINRC has seven members while AIADMK has four and the Bharatiya Janata party three who are nominated members.

The Congress had won 15 assembly seats in the 2016 Assembly polls.

John Kumar first arrived at the residence of the Speaker to hand over his resignation. But he was asked by the speaker to come to his office in the Assembly campus for submission of his letter.

Kumar then drove to the office of the Speaker and handed over the letter, official sources said.