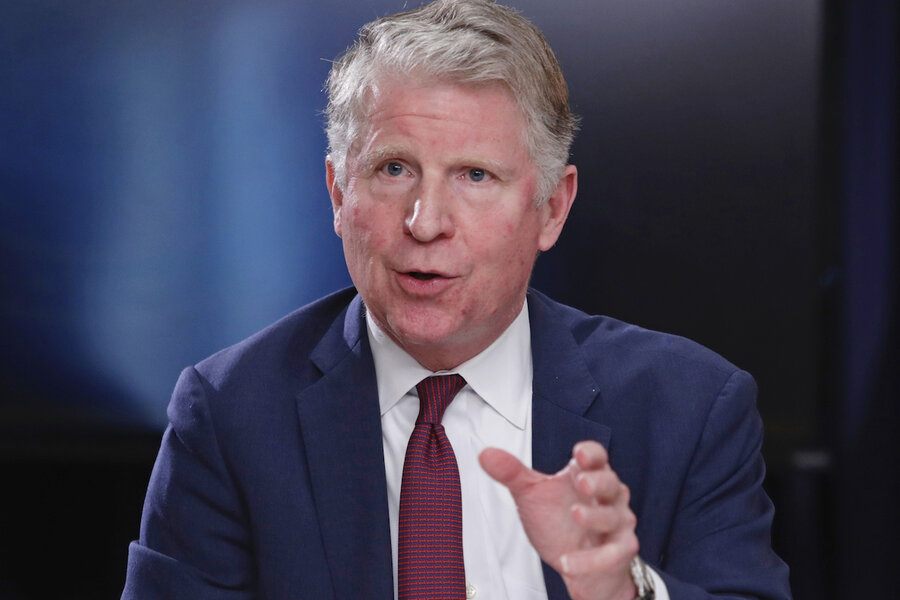 Manhattan District Attorney Cyrus R. Vance Jr. fought for a year and a half to get access to former President Donald Trump’s tax records.

Now, thanks to a United States Supreme Court ruling, he will soon have them. But what will that mean for the Democrat’s grand jury investigation into Mr. Trump’s business affairs?

Former prosecutors say the trove of records could give investigators new tools to determine whether Mr. Trump lied to lenders or tax officials, before or after he took office.

“Prosecutors look for discrepancies in paperwork. For example, if Mr. Trump told the IRS he’s broke and lenders that he’s rich, that’s just the type of discrepancy they could build a case around,” said Duncan Levin, a former federal prosecutor who worked on a wide range of white collar cases as Mr. Vance’s chief of asset forfeiture.

“These documents are a very important piece of the jigsaw puzzle,” Mr. Levin said.

Whether Mr. Trump’s records will contain evidence of a crime is uncertain. The former president, a Republican, has argued for years that he broke no laws and has been unfairly targeted by Democrats for political reasons.

Here is a look at where the tax records might be helpful, and where they might not help much, in the district attorney’s investigation:

Mr. Trump went to extraordinary lengths to keep his federal income tax returns from becoming public, but those aren’t the only valuable documents included in this haul.

Mr. Trump’s accounting firm, Mazars USA, is supposed to turn over not only the final versions of Mr. Trump’s tax returns, but also draft versions of those returns and “any and all statements of financial condition, annual statements, periodic financial reports, and independent auditors’ reports” held by the company.

The Mazars subpoena also sought engagement agreements that define the accountants’ role in creating the tax returns and financial statements; source documents providing the accountants with raw financial data; and work papers and communications between the firm and Mr. Trump’s representatives. Those would include communications showing how the raw data was analyzed and treated in the preparation of the records.

Examining those other documents could be key to determining whether Mr. Trump or his companies gave tax authorities different information about his income than they presented to other officials, like banks and business partners.

When the district attorney’s investigation first began, one of the initial subpoenas sent to the Trump Organization asked for information about payments Mr. Trump’s former lawyer, Michael Cohen, arranged to women who had claimed to have had extramarital sexual encounters with Mr. Trump.

Mr. Cohen has said Mr. Trump’s company later reimbursed him for one of those payments, to the adult film actress Stormy Daniels, disguising it in the form of a legal fees.

It isn’t clear, though, whether Mr. Trump’s tax records will add much to that part of the probe. The New York Times, which obtained years of Mr. Trump’s tax data, wrote that it contained “no new revelations” about the payment to Ms. Daniels and didn’t include any itemized payments to Mr. Cohen.

The district attorney’s office has been investigating some of the arrangements Mr. Trump made to reduce his tax bill. Data in the returns could be essential in analyzing whether any of those maneuvers crossed legal lines.

One of the breaks under scrutiny is the one that Mr. Trump got for donating part of his Seven Springs estate, north of New York City, to a conservation trust. Some experts have questioned whether Mr. Trump overvalued the land to get a bigger break than he deserved.

Investigators have already subpoenaed and received many documents related to the land deal. Mr. Trump benefited from a similar conservation donation in California.

Mr. Vance’s office hasn’t disclosed the full nature of its inquiry. But in court filings, prosecutors have pointed to news articles that questioned whether Mr. Trump had chronically exaggerated the value of his assets to banks and insurance companies. The Associated Press reported last month that Mr. Vance’s office recently interviewed Mr. Cohen for hours, asking him, among other things, about Mr. Trump’s relationship with Deutsche Bank, his biggest and longest standing creditor.

One Washington Post story cited by prosecutors detailed how various Trump Organization financial disclosures inflated the number of home lots for sale at a California golf course, the acreage at one of his vineyards, and the number of stories in Trump Tower while excluding information about debts at his Chicago and Las Vegas hotel projects.

Tax records will only be one tool prosecutors will use to examine whether any of those statements amounted to fraud.

“They’re going to look at valuations and property values,” Mr. Citron said of state prosecutors. “They’ll look at the billings of attorneys to see what their expenses were for.”

Monday’s ruling does not ensure the public will see Mr. Trump’s financial records. For now, they are protected by grand jury secrecy rules. Even if charges are brought in the case, those documents likely would be heavily redacted if filed into the record.

“Even then, I’m sure there will be tons of litigation about that,” Mr. Citron said.