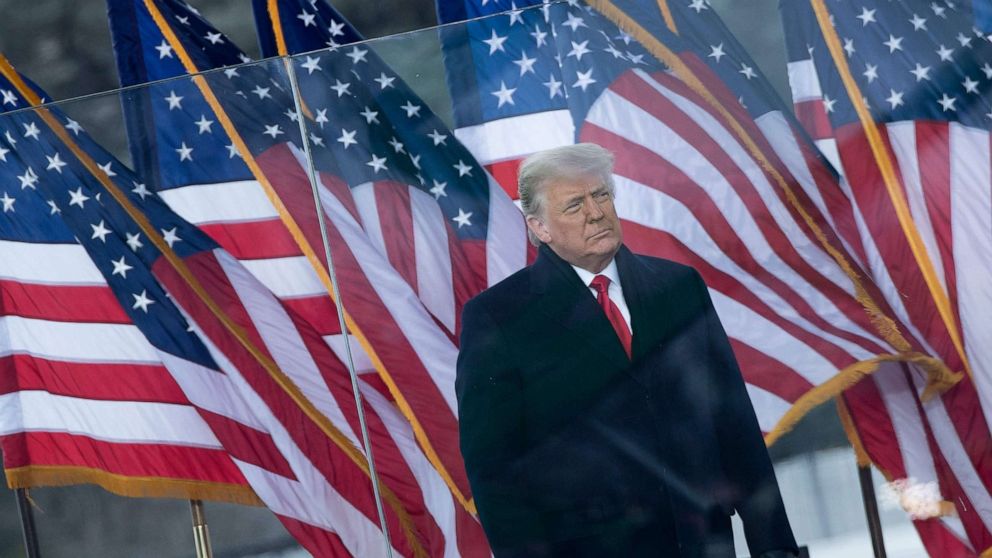 The ruling clears the way for DA Cyrus Vance to enforce a grand jury subpoena for the records.

At issue is whether the Trump Corporation artificially inflated the value of Trump’s properties to get the best possible loans. Investigators also want to know whether the company presented different values to tax authorities.

There are also questions about hush payments to women who alleged affairs with Trump, which he has long denied.

After the Supreme Court threw out Trump’s claim of “absolute immunity” last year, Trump brought a fresh challenge to the subpoena by arguing that it was overbroad and issued in bad faith. Two lower federal courts dismissed those new claims and ordered compliance.

Trump then filed an emergency application with the Supreme Court in October … and now, four months later, the justices have voted to deny his request to stay the lower court decisions.

Trump said in a statement following the ruling, “So now, for more than two years, New York City has been looking at almost every transaction I’ve ever done, including seeking tax returns which were done by among the biggest and most prestigious law and accounting firms in the U.S.”

“The Supreme Court never should have let this “fishing expedition” happen, but they did,” the statement said.

With regard to enforcement of the subpoena, the DA’s office cited a prior filing: “As we have consistently made clear, we do not believe your client’s claims have merit, and we anticipate that the Supreme Court, after briefing, will deny your request for interim relief, at which point our office will be free to enforce the Mazars Subpoena, regardless of whether your client decides to continue to seek certiorari.”

The Manhattan District Attorney’s office expects to take possession of 8 years’ worth of the former president’s voluminous tax information as soon as possible. The scrutiny of the documents is expected to begin within days, a source familiar with the matter told ABC News.

The Trump tax documents run into the millions of pages, a source told ABC News.

The office also recently brought on a former prosecutor, Mark Pomerantz, to scrutinize the material and present to a grand jury.

Mazars, the former president’s accounting firm, told ABC News in a statement, “We are aware of the Supreme Court’s order. As we have maintained throughout this process, Mazars remains committed to fulfilling all of our professional and legal obligations. Due to our industry’s professional obligations Mazars cannot discuss any clients, or the nature of our services we provide for any client, in a public forum without client consent or as required by law.”