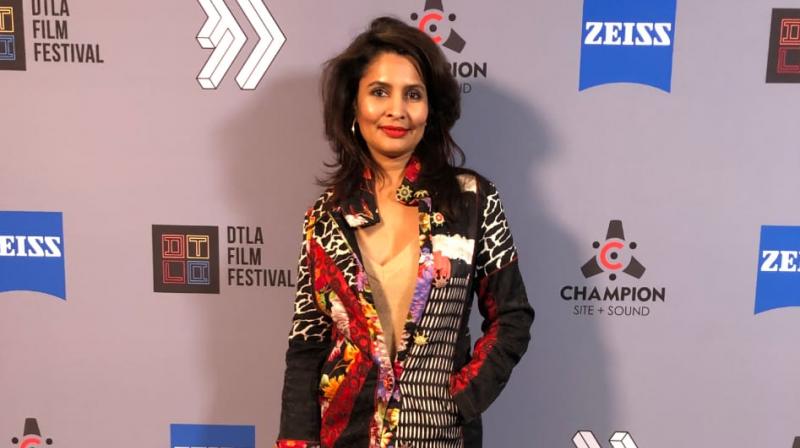 Natural and man-made disasters have always been an attractive subject for filmmakers. For almost half a century, films based on earthquakes, volcanos, cyclones, tornadoes and pandemics, apart from a host of other disasters, have kept audiences on the edge of their seats.

Bollywood reflected this global fascination for disaster movies, and made Kedarnath, Bhopal: A prayer for rain and other such films. The recent Uttarakhand tragedy, which claimed over 200 lives, is the latest to inspire a film.
Indian-American producer Rashaana Shah, a regular visitor to Uttarakhand, is all set to make a movie based on the massive disaster in the Tapovan area in the hill state.

Rashaana is the Managing Director of Mulberry Films, a New York film production company with offices in Los Angeles.

Speaking exclusively to DC, the 35-year-old says she wants to delve into the true stories of real-life heroes, as they resonate with global audiences.
Rashaana says, “In 1965, the United States and India collaborated in an attempt to install a listening device at 25,000 feet on the mountain Nanda Devi, to monitor a nearby Chinese nuclear test site. The listening device was powered by highly radioactive plutonium, and was lost during the expedition. It is speculated that it may have caused a glacier burst in Uttarakhand, leading to the tragedy.”
Giving details of the film which will be titled Nanda Devi, she said “We will be producing the movie with Scott Rosenfelt (Home Alone, Critical Thinking).”

Talking about her association with Hollywood, she says, “Three friends — Gopi Sait, Sunaman Sood and I — came together in my backyard and started Mulberry Films out of complete boredom. We wanted to make global films based on bestselling novels. We registered the company in NY and optioned three books — The Piano Tuner, The Collaborator and Purple America.”

It was Asad Sultan, CEO of Deutsche Malayan Ventures, who introduced her to Scott Rosenfelt (producer of Home Alone) in 2014. “We researched and learned about the 1965 tragedy from climbers Captain Kohli and Rob Schaller. The unfortunate glacier burst was a disaster waiting to happen. That was an inspiration for us,” she says, adding, “At Mulberry Films we wanted to explore human stories based on real events and heroes. The lost plutonium on Nanda Devi triggered a 20-year search and a tragic man vs the mountain saga.”

As a woman from India, Rashaana hopes that her success inspires not only other women but also all those who are judged on anything other than the merit of their work. “I am very inspired by Priyanka Chopra and Guneet Monga who have redefined Indian cinema for the international audience,” she says.

While the COVID-19 pandemic has stopped production, Shah and Mulberry Films have used this time to develop projects. One of the movies Mulberry is looking forward to producing this year is The Collaborator, an adaptation of the prize-winning, international bestselling book by Mirza Waheed, a war story about a 17-year-old boy caught between India and Pakistan in the long-standing border war.