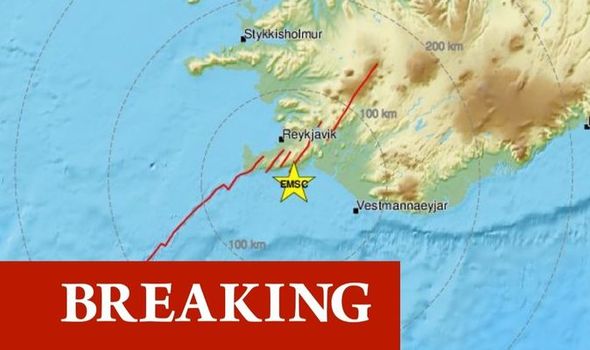 According to the European-Mediterranean Seismological Centre (EMSC), the earthquake reached a magnitude of 5.6 on the Richter Scale. The EMSC also reported the quake hit a depth of 10km in the capital and struck at 10.05am. As of yet, there have been no reports of damage although some indicated it had been a strong quake.

One person said after the earthquake: “Big quake. Several aftershocks.”

A second said: “In Downtown Reykjavik.

“It woke me up, the house was shaking and there have been numerous aftershocks making the house wobble.

“I also heard the deep rumble somewhere of the quake.”