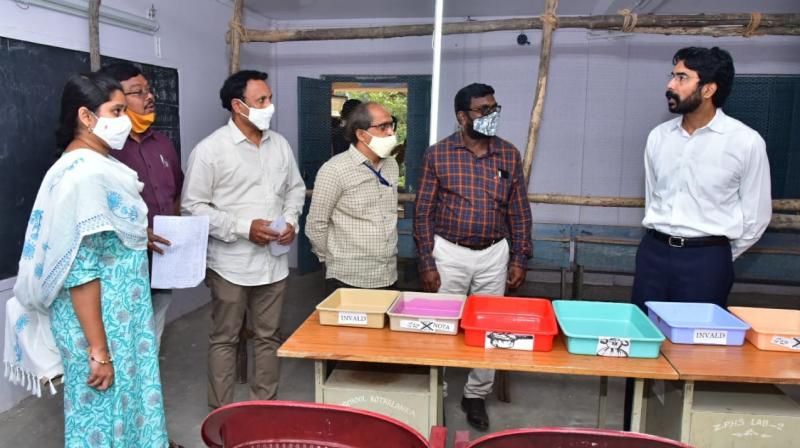 KAKINADA: A 71-year-old voter Paluri Kondaiah died of cardiac arrest immediately after exercising his franchise at Komarada village in Mamidikuduru mandal of Konaseema in East Godavari district in the fourth phase of elections on Sunday. In another tragic incident, Dangeti Naguru (80) of Cheyyeru village in Katrenikona mandal in Konaseema area succumbed to a heart problem, while he was proceeding to the polling centre.

Apart from the two deaths, and stray incidents, the fourth and final phase of elections in East and West Godavari districts went off peacefully.

Meanwhile, among the untoward incidents, YSRC and Telugu Desam loyalists clashed at Pasuvullanka village of I. Polavaram mandal and at S. Yanam village of Katrenikona mandal, groups from the two parties clashed and YSRCP activist A. Varma was injured. Amalapuram DSP Y. Madhava Reddy said that elections were held in a peaceful manner except scattered incidents.

Superintendent of Police Adnan Nayeem Asmi visited some of the polling stations like Muramalla, Bandarulanka, Anathavaram and observed the polling process and law and order situation.