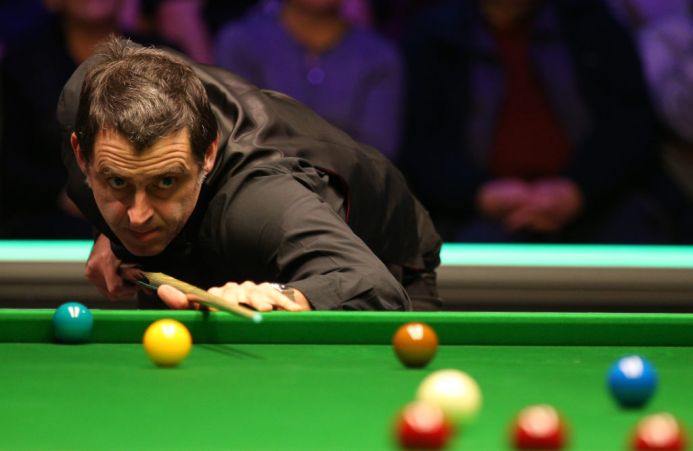 Ronnie O’Sullivan survived his second final-frame decider in 48 hours to advance to the last eight of the Players’ Championship in Milton Keynes at the expense of Ding Junhui.

Stunned by Sunday night’s Welsh Open final loss to rank outsider Jordan Brown, O’Sullivan threatened to let his frustrations get the better of him before pulling out a break of 95 to seal a 6-5 win.

O’Sullivan had thrown his rest to the floor in disgust after missing a simple green in the previous frame and he admitted on ITV4: “I felt a bit bad there when I threw the rest to the floor.

The Rocket pulls through 🚀

“I was just frustrated – I couldn’t get to grips with my game and no matter how philosophical you can be, when you’re not striking the ball as great as you want it can be frustrating.

“It can be such an easy game and the breaks can be flowing in left, right and centre, and all of a sudden the wheels can come off, you’ve sucked the well dry and there’s nothing really much there.”

Earlier, Neil Robertson marked a stunning return to action as he fired four centuries in a 6-1 win over China’s Lu Ning.

Robertson had only played in two tournaments and not won a match since his epic UK Championship win over Judd Trump in December.

But after splitting the first two frames, the Australian polished off victory in style with consecutive breaks of 135, 130, 82, 142 and 132.

Robertson, who will play Kyren Wilson in the last eight, said: “I couldn’t wish to play any better. It was pretty much flawless after the first frame – it’s nice to see that form so early in the event.”