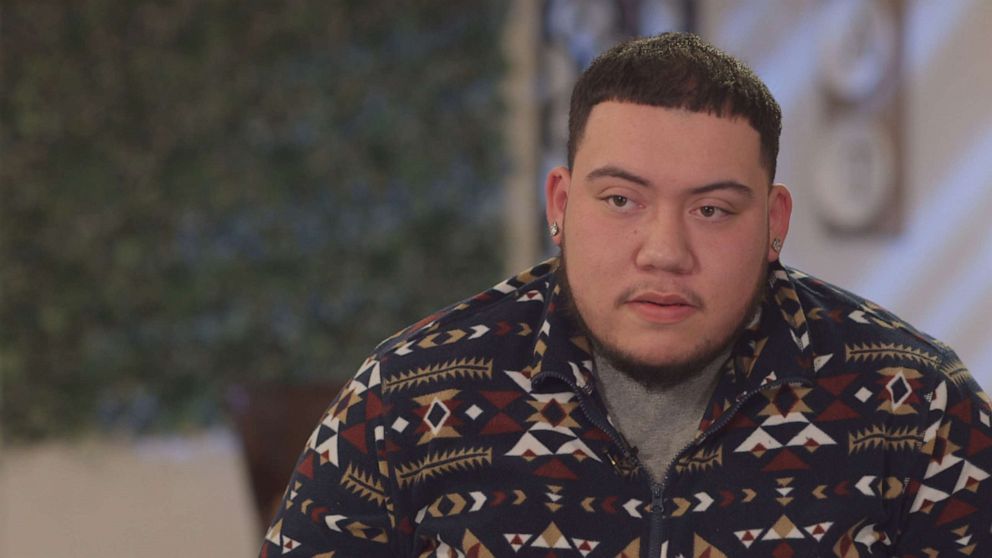 On his 11th birthday last May, Juan Ramirez woke up to the police and fire departments of Passaic, New Jersey, outside his home. Soon after, the mayor would join them bearing gifts.

The surprise event was meant to cheer up Juan, who had lost his father just a week before to the coronavirus. But when he blew out the candles on his birthday cake later that day, he says his only wish was for everything to go back to normal and “to go back in time and stop everything from happening.”

It wasn’t just his father he was grieving, though. Juan had also lost his mother, who’d died months earlier from a heart attack. With both parents gone, his oldest sister, Marlene Torres, stepped in to help. The single mother of two took in Juan and their siblings, Raymond, 15, Angel, 17, and Beatriz, 19.

“It’s hard. Being the oldest, when my mother passed away, [it’s like], ‘Oh, you’re the oldest. You take more responsibility.’ But then, when he passed away, all of us were lost,” Torres said.

Despite the challenges of caring for four more people, Torres said she didn’t hesitate to take them in. They had to stay together, she said.

As the United States surpasses a staggering half-million deaths from COVID-19, stories like Torres’ have become far too common. A so far unknown number of children have been orphaned since the virus began killing their parents — and so many others — last year. Often, the responsibility to keep the family together has been placed on the eldest siblings.

Many of Torres’ brothers and sisters are technically half-siblings. Their mother’s death on its own was a critical blow to the fabric of the family.

“For a moment, I feel like we lost our glue because it’s not that we were ever taught that we were half-siblings… We were never raised that way. Those are my siblings in full, no matter what,” Beatriz Ramirez said.

But Ramon Ramirez worked in construction and, as the virus started spreading around the country, he still had to leave home to work. It wasn’t long before the family fell ill.

Beatriz Ramirez said her father would take care of her when she was sick, and that as he began to get sick, she would care for him, too.

“He always came into my room and he gave me hand-squeezed orange juice… He bought me food. He brought me tea. He did everything for me,” she said. “So, when I found out that he was sick, I tried to do the same thing. I squeezed orange juice. I brought him food whenever he needed it. His tea, I would make it. But there was a time where you could just tell that he wasn’t going to get any better. He was just getting worse.”

Yet, her father didn’t want to go to the hospital because he feared leaving his children. As his conditioned worsened at home, he cautioned Beatriz Ramirez to prepare for the worst.

At one point, Beatriz Ramirez said that she was sitting with her brother Raymond in their kitchen when he asked her, “Do you think he’s going to make it?” she said.

“We don’t want to let him think the worst. I was already thinking so many things. I’m like, ‘No, my dad can’t be next,’” Beatriz Ramirez said.

Finally, she said that after speaking to her sister, she decided to call an ambulance.

“He really didn’t want us to. … He couldn’t speak. His breathing was so bad he couldn’t let out a whole sentence without coughing,” Beatriz Ramirez said. “And I remember going into his room and telling him, ‘Pops, I called the ambulance. I can’t watch you anymore.’ And he looks at me, he’s like, ‘Why do you get so scared?’ And I’m like, ‘Because look at you. I told him again, ‘I don’t want to lose you.’”

Ramon Ramirez died in April 2020 at 39 years old. With viral cases still peaking, his family was unable to give him a proper funeral.

“It wasn’t even a funeral,” Beatriz Ramirez said. “I thought we were going to be able to be inside, at least a little bit. When they came over with my dad in a casket, he was in a bag. … The way I saw him was not the way I expected to. … It was bad. He wasn’t dressed in anything. He was in a bag. It wasn’t the way I wanted it to be. He deserved better than that. He deserved better than to die by himself.”

Across the country, in Palmdale, California, 19-year-old Juan Martinez found himself in a similar situation six months ago, when his mother died from the coronavirus at 43 years old. As she said goodbye to her son, he promised her that he would take care of his younger siblings. Since then, he’s been caring for four of his five siblings ranging in age from 7 to 15. The youngest, Martinez’s 2-year-old brother, is staying with his biological father.

“It just hit me hard, and I just said, ‘All right, well, I gotta do what a parent does.’ So I just started buying calendars, writing stuff down, taking all these phone calls to doctors, teachers,” Martinez said.

Although Martinez works as a security guard, he knew financial challenges lay ahead. He started a GoFundMe, writing, “My goal is to get a permanent home for my siblings and make sure they are able to further their education by attending college.”

Martinez and his siblings said they have begun to move forward. Sharing movie nights and meals together, he says they’ve all spoken about careers in which they’re of service to others, like nursing, teaching, policing and fire fighting. But losing their mother has divided their extended family, some of whom had concerns about the teenager becoming his siblings’ guardian.

“After my mother passed, people doubted me and my family, saying that I wasn’t able to handle it and stuff like that,” Martinez said. “And I guess, now that they see that I can, they just stopped talking to me.”

He went on, “I know that I’d be the best guardian for them because, one, I’m their older brother. Two, I know I’ll teach them the right path and show them you gotta work hard for the things that you want in life.”

Tara Sheoren-Khaimov, is an attorney at Lawyers for Children. It’s her job to give those becoming guardians the resources they need to be successful.

“We have families that want to stay together and need to stay together, both for the younger children for stability in terms of their school, their home, their community, their mental health, but also for the person who is stepping in as that caregiver,” she said. “There is stability there to be in a family unit; to not be sort of cast to the wind, to have your family split up or, the worst-case scenario for most kids, to be in the child welfare system and to have to then do that alone.”

Like Martinez, Marlene Torres also worked hard to get custody of her siblings, even taking a week off from work to focus on it. While she said it’s been financially straining, even after receiving help through a GoFundMe, she said she’s budgeting hard to make the money last.

“If I have to go to five different stores to find specials, I’m going to do it,” she said. “I’m going to take that extra step because I’m trying to stretch that money. … I know they’re going to need some type of support later on.”

Losing her father to COVID-19, Beatriz Ramirez said, is like being robbed.

“It’s robbed me of love in the sense of parents. I have love for my siblings every day, but the loving parent is a lot different, and that’s what it robbed us of. He was amazing.”

However, Torres’ siblings are looking to the future motivated by the things they learned from them. Torres said she takes comfort in knowing they’re not suffering anymore.

“I like to think that they are good,” she said. “They’re looking at us right now, but they’re smiling.”