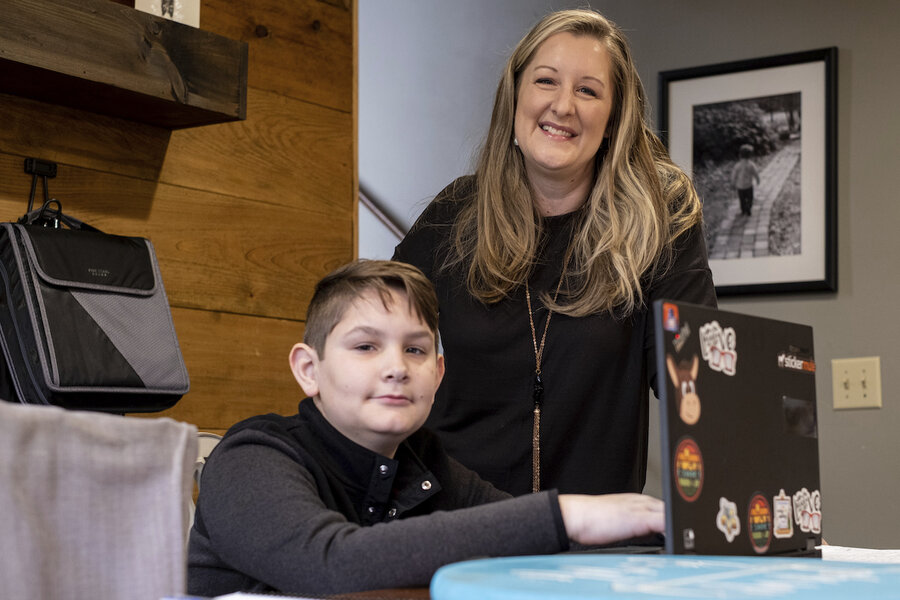 With her children struggling in many classes last spring, Kelli Rivera became so frustrated with how her suburban Atlanta district was handling the coronavirus pandemic that she withdrew them to home-school them. They’re back in public school and mostly attending class in person. For now.

Ms. Rivera is thinking of enrolling her younger son in private school next year, and she hopes the state of Georgia might help her pay for it with an expansion of school choice programs.

“We’ve been just a public school family forever, without any intention or desire to leave,” Ms. Rivera said. “But when the pandemic hit and we moved into virtual schooling, it really wasn’t working for us.”

School choice advocates and lawmakers in many states are counting on the frustrations of parents like Ms. Rivera to bolster efforts to pass or expand laws allowing families to use public money to pay for private school or to help teach their own children at home.

Some sort of school choice program already gets public money in 29 states, the District of Columbia, and Puerto Rico, according to EdChoice, a group that supports the concept.

Backers say they are optimistic about making new gains this year as surveys nationwide have indicated private schools have been more likely to offer in-person instruction.

“If you talk to any parent of a school-aged child, what you’ll find, literally across the board, is they’re just mad, frustrated, that traditional public school districts failed to deliver education to their children,” said American Federation for Children President John Schilling, who lobbies for school choice programs. “What the pandemic has laid bare is just how inflexible the K-12 system is.”

Opponents argue vouchers, publicly funded educational savings accounts and tax credits for private school scholarships will sap funding for the traditional public schools, which could be particularly damaging for districts that serve low-income families and face overwhelming challenges. Voucher programs generally target students in less affluent districts where schools are struggling, but opponents argue in some cases they amount to unnecessary subsidies for families who could pay their own way for private school.

Any loss in funding also could further hobble public schools’ ability to help children who have lost ground as districts struggle to reopen or soldier on in hybrid or distance-learning scenarios.

“They drain money from public schools and they allow private schools to discriminate in all kinds of ways,” said Jessica Levin of the Education Law Center, which is part of the anti-voucher group Public Funds for Public Schools. She said private schools aren’t required to admit students, often don’t have their academic outcomes publicly tracked, and they may not be equipped to offer special education services.

While it remains early in many states’ legislative sessions, there are fresh proposals in states that already offer abundant subsidies for private and homeschooling, such as Indiana, Arizona, and Florida, and in states where there are none, such as Missouri. The proposals appear more likely to pass in Republican-controlled states, where schools have been more likely to open for in-person instruction.

In Georgia, Republican state Rep. Wes Cantrell has introduced a bill that would create educational savings accounts, which would let parents direct money to private school tuition or home-schooling costs. The proposal would give the money to various groups including students in districts not offering full in-person instruction.

“The major concern I’ve had over the last year has been from parents who don’t have a public school offering in-person classes,” Mr. Cantrell said. “If the public schools are not meeting their needs, they should have another choice.”

Ms. Rivera said grades for both her sons, a sixth grader and sophomore, have been terrible during periods of virtual learning. Last spring, she home-schooled them, spending money on computers and curriculum. She said this year has been bumpy as well, even though the 107,000-student Cobb County district has been offering in-person classes four days a week.

She said her sophomore is intent on sticking with his public high school, but she’s considering enrolling her younger son next fall in a private school that provides two days a week of in-person instruction, with parents home-schooling the other days. Tuition is a concern.

“As it stands, I’m not sure we could swing it,” Ms. Rivera said.

In Missouri, where school choice measures have repeatedly failed, Republican Senate Majority Leader Caleb Rowden said his top priority is a bill giving tax breaks for donations to organizations providing scholarships to private schools or other public schools outside a student’s home district.

“I’ve got a lot of left and center-left friends who are more frustrated with the public school system than they ever have been in their lives,” said Mr. Rowden, who sends his child to a private Christian school. “They have now recognized they have so little control over the say of their kid’s education that something needs to be done about it.”

In Indiana, which already has one of the nation’s largest voucher programs, Republicans are trying to increase the number of students getting assistance by up to 40% next year by opening eligibility to wealthier families.

Iowa’s Republican Gov. Kim Reynolds has proposed a bill that would make open enrollment available in all school districts, expand charter school options and create an education savings account allowing parents to move a child to another public or private school, taking the taxpayer money allocated for that student with them.

Ms. Rivera herself wonders about the tension between her desires to support her kids and support public schools.

“I would love to put my kids where I can offer certainty,” she said, “but I don’t know what that does to our schools, I don’t know the stresses it puts on our teachers.”