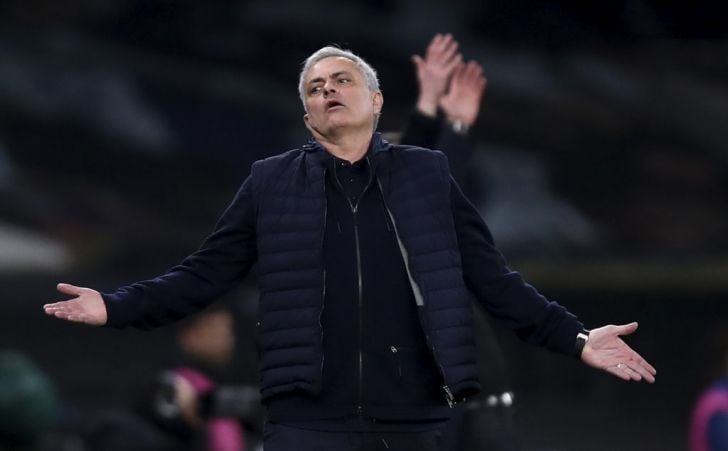 Tottenham boss Jose Mourinho is revelling in the selection headache Dele Alli’s return to form is giving him.

Alli was marginalised by the Spurs boss for the first half of the season and was primed to leave during the January transfer window before the club blocked a move to Paris St Germain.

The 24-year-old subsequently held clear-the-air talks with Mourinho and has been reintegrated into the squad, with his biggest step forward coming in Wednesday’s 4-0 Europa League win over Wolfsberger that sent Spurs through to Friday’s last-16 draw after an 8-1 victory on aggregate.

Alli scored a brilliant overhead kick before laying on goals for Carlos Vinicius and Gareth Bale after the break to put himself in contention for more Premier League minutes.

Spurs could do with Alli producing magic like that in the league as they look to arrest an alarming run which has seen them lose five of their last six games.

“The players they need to understand this concept of team, and the intensity of matches. And if you have everybody ready or play at this level, it’s the best thing to happen to the team.”

With Spurs set for a gruelling schedule between now and the end of the season, Mourinho is preparing to us his entire squad.

“We have a lot to play for, we have Premier League, Europa League, we have a final (Carabao Cup) to play so every player back is a blessing to us,” Mourinho added.

“Gio (Lo Celso) is also coming (back), we have an incredible number of matches.

“Seven for us plus three in the national team are 10 in March. Ten matches I believe is impossible for a football player, so when it is impossible you need to have players available for you.

“We had a problem for a month with only Ben Davies at left-back. Now we have Ben and (Sergio) Reguilon and we need to have that in every position. That’s what we need because we have a lot to play for.”