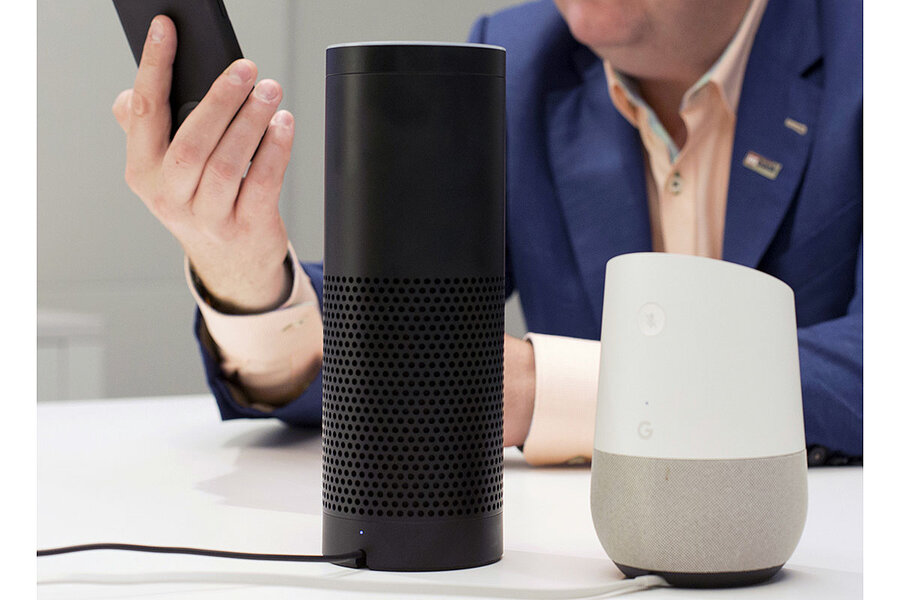 Having a Plan B

This isn’t how Tim Berners-Lee envisioned things when, in 1989, he created the World Wide Web. Despite his vision of a decentralized web “for everyone,” the internet has instead become dominated by a few big companies. That concentration can lead to widespread outages from single failures at Amazon or Google, and also less tangible – but still pressing – problems, such as concerns about data privacy and censorship. And though changing the current landscape of the internet may seem daunting, some activists and companies are willing to try.

“Saying that the internet is centralized is perhaps a little bit inaccurate. … It’s just that some services have become the central hub of most of the internet traffic,” says Primavera De Filippi, a faculty associate at Harvard University’s Berkman Klein Center for Internet & Society. And with online activity heavily concentrated in the most dominant firms, those giants wield enormous power, from controlling users’ data privacy to choosing what websites to host to being the single point of success – or failure – for the services they run.

“And basically that means we are delegating, to them, the choice,” on how the platforms are run and how our data is used, she says. “And they can change at any point the structure of the platform.”

Mr. Brown’s situation might seem like a niche problem, relegated to the type of people who go for things like app-controlled vacuums. But the November and December outages are simply the latest cloud crashes that have taken large parts of the internet with them. In November, during the Amazon Web Services outage, users reported issues with everything ranging from accessing their bank and using ride-hailing services. Food delivery apps faltered, and e-commerce and newspaper websites crashed. Whenever the popular messaging service Slack goes down – as it did on the first work day of 2021 – companies that use it can suddenly find themselves in a position where their employees can’t communicate with each other.

When it comes to surviving outages, Mr. Daoudi recommends companies having as many backups as they can afford. He noted, for example, that his company maintains multiple video-conferencing subscriptions, even though employees primarily use Zoom. He spells out a hypothetical: “For a company, let’s say, that has an e-commerce platform and they’re down. Well, do you have a website hosted somewhere [on a different server or cloud] that you can redirect people to to just say, ‘We’re temporarily having issues. Please come back later. Here is a coupon.’?”

As partial outages on the internet have been rising, big firms like Amazon aren’t sitting still. They don’t want disappointed customers, and are trying to create more robust systems.

But some people are questioning existing models. They ask: What about doing more than just surviving outages – what if there was a way to challenge the primacy of large tech companies, especially when it comes to the control they have over users’ data?

That’s the goal of Solid, a new project from Mr. Berners-Lee, which aims to put more control of data in users’ hands by having users – rather than tech companies or websites – store their data in individually controlled pods, with others able to access limited amounts only with direct permission. Davi Ottenheimer, vice president of trust and digital ethics at Inrupt, a firm that helps create Solid-compliant commercial products, says it flips traditional data-privacy practices on their head.

“One of the questions I get asked a lot is how does this change the idea that people can get information about me?” Mr. Ottenheimer says. “So you would give people consent to have [your] data or access to data for the purposes of a very specific thing … and it doesn’t get stored.” If the model becomes popular enough, Mr. Ottenheimer says, eventually big tech companies will have to adapt to changing customer preferences that demand stronger data protection.

Another popular way to both secure data privacy and fight against single points of failure has been mesh networking, which at its most basic, is a network design where nodes are connected through multiple points rather than a single route. In New York, the practice has been adopted by the group NYC Mesh to create a Wi-Fi service users can connect to by installing a wireless router on their roof or balcony that connects to other nearby users. The result is an internet connection that doesn’t store data, and bypasses corporate internet service providers, says organizer Brian Hall. Users are asked to set up recurring monthly donations to offset costs, in lieu of subscriptions.

The mesh networks still link people onto the regular internet, but they show that different models are possible. And if the rest of the web went dark, users of the mesh system would still have one another to be online with.

All in all, Mr. Brown’s outage wasn’t the end of the world. He didn’t feel like the methods to manually override the lights were worth the hassle, so he just carried on in the dark. And if the Google outage didn’t fix itself, he would have simply put in a normal lightbulb.

He hasn’t sworn off smart products, either – he still has the lights that temporarily failed him during the Google outage. But reflecting on some recent remodeling work he did in his kitchen, he noticed something.

“I did just put some new lights in my kitchen. I wired in some new junction boxes,” Mr. Brown says. “And I did not connect them to the cloud.”