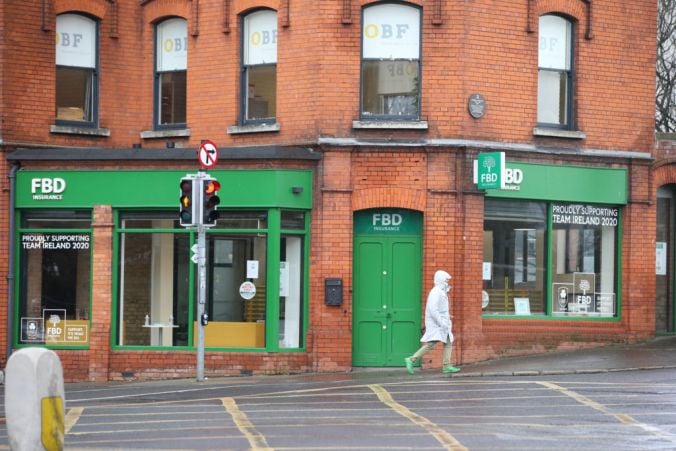 The figure includes claims that will ultimately be picked up by reinsurance companies that have shared the risk with FBD.

Meanwhile, the Dublin-listed insurer increased provisions for its net exposure to pubs claims to €65 million from €30 million that had been set aside last summer. The charge includes €11 million of expected payments to reinsurers to reinstate protection.

“We will not be appealing this judgement and will work with our customers to ensure claims settlements are paid as expediently as possible,” FBD said as it reported full-year results. “Gross claims costs (including legal and other expenses) are currently estimated to be approximately €150 million. Engagement continues with our reinsurers to finalise the position on reinsurance recoveries.”

FBD posted a surprise pre-tax profit of €4.8 million for 2020, aided by the release of €23 million reserves that had been set aside for claims made in previous years and a €10 million return from its investment portfolio. The group made a €112.5 million profit in 2019.

Its core general insurance business was marginally loss-making, with its combined operation ratio – a key figure that compares claims, costs and expenses to premiums – of 101.4 per cent, as a result of the business interruption costs. A figure below 100 per cent indicates an insurer is writing business at a profit.

The Commercial Court found earlier this month in favour of four pub companies that had challenged the insurer’s refusal to pay out on its pubs policy as a result of closures stemming from the Covid-19 pandemic.

FBD has already started making interim payments to pubs, with more than 1,000 pubs affected by the High Court ruling.