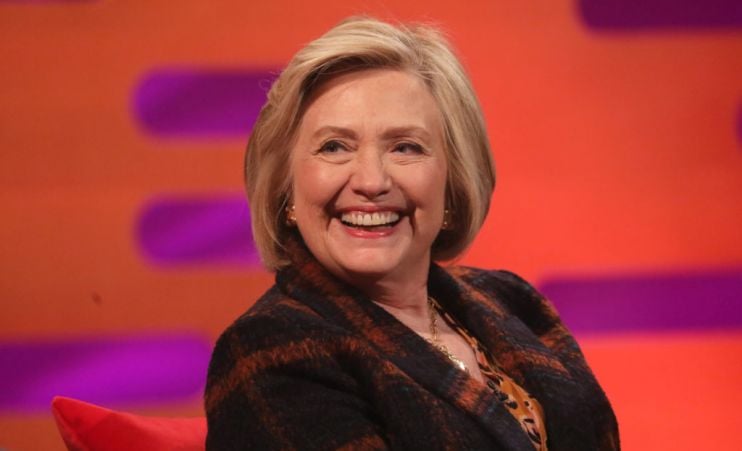 Hillary Clinton has a new job as a thriller writer. The former presidential hopeful is co-writing State Of Terror with author Louise Penny, set to be released in October.

It is Clinton’s first work of fiction, with publishers saying the “high-stakes thriller of international intrigue features behind-the-scenes global drama informed by details only an insider could know”. State Of Terror follows a secretary of state – the position Clinton held during the Obama administration – dealing with a series of deadly terror attacks.

But Clinton is not the first politician to have written fiction…

Did you know Winston Churchill had a side hustle as a writer? Although he largely focused on non-fiction, Churchill did write one work of fiction: Savrola: A Tale Of The Revolution In Laurania.

Published in 1900, it tells the tale of the fictional republic of Laurania, recently under the dictatorship of President Antonio Molara. The character Savrola leads revolutionary efforts to free the country once more.

In 1953 Churchill was awarded the Nobel Prize for Literature.

Stacey Abrams is a politician, lawyer, voting rights activist and romance novelist. She’s published eight novels under the pen name Selena Montgomery, including Hidden Sins, Secrets And Lies and Deception. Her books tend to feature strong female leads (with jobs in science and law), and their steamy love affairs.

Abrams compared politics and writing in an interview with The Washington Post: “Leadership requires the ability to engage and to create empathy for communities with disparate needs and ideas. Telling an effective story — especially in romantic suspense — demands a similar skill set,” she said.

In 2003, Jimmy Carter published The Hornet’s Nest: A Novel Of The Revolutionary War – notable for being the first work of fiction published by a former president.

Set during the War of Independence, it centres on Ethan Pratt and his family as they travel from Philadelphia to Georgia, with Pratt soon finding himself caught up in the fighting. Upon publication, The Guardian deemed it an “unreadable book”.

Hillary is following in her husband’s footsteps: in 2018 Bill Clinton co-authored The President Is Missing with novelist James Patterson. In it, America is facing a cyber attack, and the president is forced to go off grid for three days in a bid to save the country.

Although a New York Times bestseller, it wasn’t received quite so kindly by all – the BBC gave it one star out of five, writing: “It was an interesting experiment, which the publishers are probably delighted with on the sales front. But the end product is not a success.”

Clinton and Patterson are teaming up again for The President’s Daughter, set to be published in June 2021.

She published her first novel, A Parliamentary Affair, in 1994, tracking the talented and good-looking young politician Elaine Stalker and her affair with whip Roger Dickson. It’s definitely steamier than any of the other books on this list, and raised a few eyebrows – particularly when Currie later revealed her own affair with John Major.

Conservative politician Michael Dobbs – who worked closely with Margaret Thatcher in the Seventies and Eighties – is perhaps best known for the screen adaptations of his House Of Cards trilogy.

In 1989 he wrote the first instalment, following chief whip Francis Urquhart and his quest to become prime minister – by any means necessary. Although fiction, it was considered a damning look at the inner workings of Westminster from someone with inside knowledge.

House Of Cards was later adapted into a Bafta-winning TV programme, and in 2013 it was given the American treatment by Netflix.