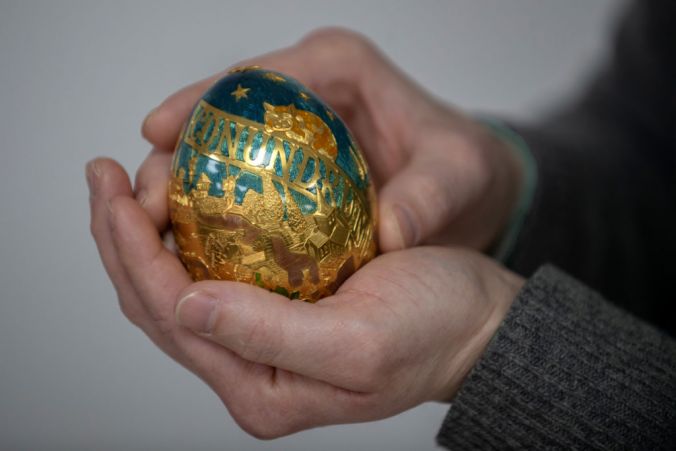 Cadbury’s commissioned 12 golden eggs as part of its Creme Egg Conundrum, with participants solving cryptic clues to guide them to 12 secret locations across Britain.

There they could dig up a certificate entitling them to one of the golden eggs.

But the competition had to be called off after complaints that people were digging up private land as they searched for the prizes.

The 22-carat gold egg which was sold at auctioneers Batemans of Stamford, in Lincolnshire, on Friday is a larger version of the 12 golden eggs.

This special 13th egg was awarded to a Cadbury’s retailer via a private draw for helping with the nationwide promotion.

It is based on the front cover of the Cadbury’s Conundrum clue book, and incorporates elements of each of the 12 riddles which were intended to guide people to the secret sites where certificates were buried.

Managing director Greg Bateman said: “We hope the new buyer enjoys this incredible piece of confectionary history for decades to come, and we can’t wait to see if any more of the original 12 come to light – any current owners know where to find us!”

The sale price includes the 20 per cent buyer’s premium.