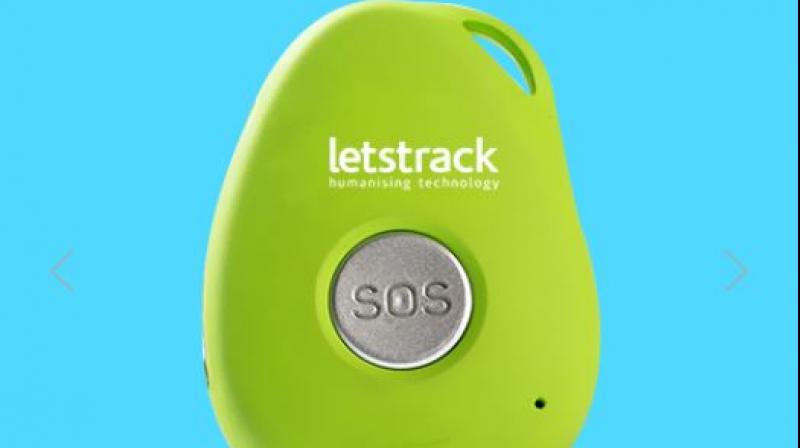 Chennai: Safety remains a concern for women despite laws having been strengthened in the wake of the brutal Nirbhaya gang rape and murder on a moving bus in the national capital seven years ago. Now, women are increasingly seeking technology-based solutions to make their commute safer.

Apps and wearable gadgets, most of which allow tracking by family members, make women feel less vulnerable when they have to commute in non-peak hours or walk through deserted streets. Although one gives up individual privacy in using such apps and wearables, they are popular as the benefits outweigh such concerns.

Vikram Kumar, founder and CEO of Gurgaon-based Letstrack, a GPS solutions provider, said the company has seen a 50-per cent surge in sale of devices from January 2019 to March 2020. Letstrack has sold over 2 lakh devices since 2016.

“Every day, we hear about thousands of horrific acts being carried out across the country,” Kumar said. “This has made travelling, working and essentially every aspect of life very difficult for women. This is also affecting the livelihood of countless women, especially those who work night shifts.”

Therefore women are increasingly looking for technology-enabled means to stay safe. This is one of the factors behind the surge in the Letstrack customer base to 5 lakh people, Kumar said.

Letstrack’s personal devices with SOS button are available from Rs 6,999 on their website, apart from which there are tracking devices that for two-wheelers, three-wheelers and cars too.

Mobile phones themselves come with SOS options nowadays. The OnePlus 7T and One Plus 7T Pro phones launched last month allow a user to turn on a setting whereby the phone sends out SOS messages to pre-set contacts if the power button is pressed three times.

Besides, there are several apps that women can download and use, if their phones do not come with such default settings. Himmat, a safety app launched by Delhi Police allows a registered user to send an SOS alert, which is received by the Delhi Police Control Room and passed on to the nearest police station to send immediate help to the location of the sender.  Hyderabad Police’s similar app is called Hawkeye.

To enable users to know if a locality they are going to is safe or not, a map-based navigation app called My Safetipin gives indications using colour-coded pins on maps—green for safe, amber for moderately safe and red for unsafe areas—and also provides data on the frequency of public transport in the area.

Another women’s safety app is Smart 24×7, which keeps records images and audio of panic situations, send you ‘fake’ calls to your phone to enable you to get out of precarious situations, and offers other safety features.  Tell Tail, Raksha and VithU are other such apps.

Similarly there are several gadgets available online that send out a loud alarm to ward off troublemakers. Pepper spray and Mace canisters are also used by several women when in danger.

Apart from trackers, app-based taxi services such as Uber and Ola offer provide a modicum of safety to women, not only because the pick-up and drop points can be at your doorstep, but also because they too allow users to send their location to others who can track their whereabouts on the ride.

An Ola spokesperson said that the company provides a 24/7 helpline via phone and social media, a dedicated Safety Response Team and an emergency button to resolve urgent requests.

In addition to offering live tracking services, Uber has tied up with Manas foundation to host gender sensitisation workshops for its driver-partners across the country, a spokesperson said.

Over 50,000 driver-partners have been sensitised through the programme, Uber claimed. These steps became necessary after some case of Uber and Ola drivers themselves perpetrating crimes against their women passengers.

Some Asian countries are using electronic bracelets and phones that report your whereabouts, text messages if you stray too far from quarantine and digital detectives tracking where you’ve been in invasive measures to counter the coronavirus pandemic.

When Hong Kong stylist Declan Chan flew home from Zurich earlier this week he was greeted by officials who placed an electronic device on his arm, AFP reported.

The wristband was connected to an app that he had to install on his phone as he headed into two weeks of compulsory self-quarantine at home.

Some 5,000 wristbands were ready for use with another 55,000 on their way, Hong Kong authorities said.

Smartphones with GPS are given to those isolating at home, with local officials tracking them via the Line messaging app in Taiwan. In South Korea, using a similar app is voluntary.

Singapore has a team of dedicated digital detectives monitoring those quarantining as well to trace where confirmed carriers have travelled to.

“Everywhere we go, we do leave a digital signature, be it from the cash we draw, or the use of the ATM card or the credit card,” Leong Hoe Nam, an infectious disease doctor in Singapore, told PRI earlier this month as he explained how the team worked.

Europe is also searching for tech options as it scrambles to halt spiralling infections, the AFP report said.