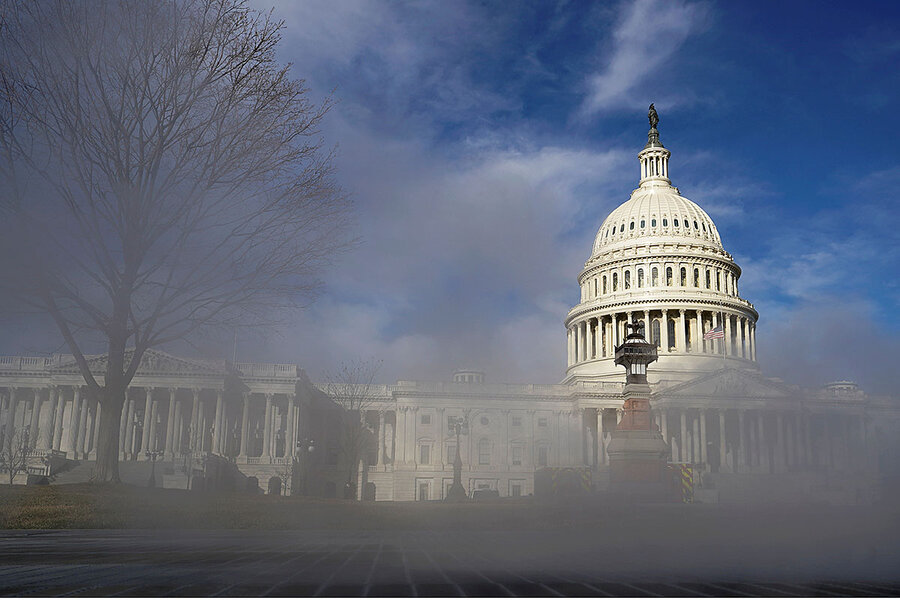 The Biden administration’s $1.9 trillion COVID-19 aid package is so big that it would qualify as one of the world’s top 10 economies if it were the annual output of a country.

President Biden, White House officials, and congressional Democrats say the package, known as the American Rescue Plan Act, is urgently needed to curb the spread of COVID-19 and help individuals, families, and businesses get back on their feet.

As President Joe Biden was laying out his rationale for the plan, most Republicans agreed on the need for new spending on steps from vaccination to stimulus payments for Americans who have been hit hard economically. But GOP lawmakers differ on the size of the package.

A group of 10 Republicans went to the White House to present President Biden with a plan that would cost less than half of the current bill, but the administration and congressional Democrats have resisted scaling back their plan. Since House Democrats have used a process called budget reconciliation to push the bill through Congress, it would need only 51 votes in the evenly divided Senate instead of the 60 normally needed to pass legislation. If all 50 Democratic senators agree to the measure, Vice President Kamala Harris could provide the tie-breaking 51st vote.

Here’s a look at some highlights of the package, showing each category’s approximate percentage of the total package, based on an analysis of the largest ticket items in the bill. The information is drawn from the full text of the bill, estimates from the Congressional Budget Office, and an analysis by the Committee for a Responsible Federal Budget. CBO projections estimate both increased costs and decreased revenues.

On Feb. 26, the House passed the bill 219-212 largely along party lines, with only two Democrats voting against it. Once it gets to the Senate, it will likely undergo significant changes.

Individuals who meet the following annual income thresholds would receive a one-time payment of $1,400 each: $75,000 for individuals, $112,500 for head of household, and $150,000 for married filing jointly. That will cost the federal government an estimated $422 billion.

Help for state and local governments (18%)

$350 billion in funding for state and local governments, which would be allocated not only according to population as in previous COVID-19 rescue packages, but would also be based on unemployment rates. Republicans say that effectively subsidizes states that imposed strict lockdowns while penalizing states that opted to keep their economies open.

The bill proposes extending emergency unemployment programs, which enhance the amount and duration of regular unemployment benefits and extend them to people who would not normally be eligible. According to a CBO estimate, this would cost $242 billion, including:

$170 billion for education, of which $129 billion is designated for K-12 schools, which Mr. Biden said could be used to help schools safely reopen, make up for lost learning, and care for the needs of students hardest hit by the pandemic. According to the Congressional Budget Office, the Department of Education has yet to spend most of the $113 billion it has already received in COVID-19 relief, so the CBO estimates that less than 10% of these additional K-12 funds would be spent in 2021.

In addition, the bill provides $7.7 billion to help schools and libraries support distance learning, mainly through telecommunications equipment and services.

According to the CBO, these benefits would cost an estimated $108.4 billion, including:

The bill includes $92 billion for public health initiatives, including:

The largest expenses related to health insurance that the Monitor identified total $81.3 billion, and include:

The CBO estimates that this would increase the federal deficit by $54 billion over the next decade, and result in the loss of 1.4 million jobs due to the increased cost of hiring workers but also lift 900,000 people out of poverty. In addition, it would cost the federal government an additional $16 billion in interest on its debt.

The Senate parliamentarian ruled Feb. 25 that this measure could not be included in a bill passed by budget reconciliation. Although some progressives are calling to override that ruling, it will likely prevent the minimum wage measure from being included in the Senate version of the bill. House Democrats say they will keep it in their bill, and Senate Democrats are looking for other ways of making good on their campaign promise to raise the minimum wage, possibly by using tax incentives and/or penalties to get companies to pay higher wages.

$50 billion is allocated to the Disaster Relief Fund, a portion of which is allocated for funerals related to COVID-19. The federal government would cover 100% of such funeral costs.

The bill allocates $50 billion for assisting small businesses and restaurants, including:

Transportation, not including air travel (2%)

$2.2 billion is designated for maintaining public transit operations, $1.7 billion is allocated to Amtrak, and $1 billion to provisions of the FAST Act, a 2015 measure to improve surface transportation such as highways, freight, ferries, and bridges.

$8 billion to airports, including for operations, personnel, sanitizing, and debt service payments.