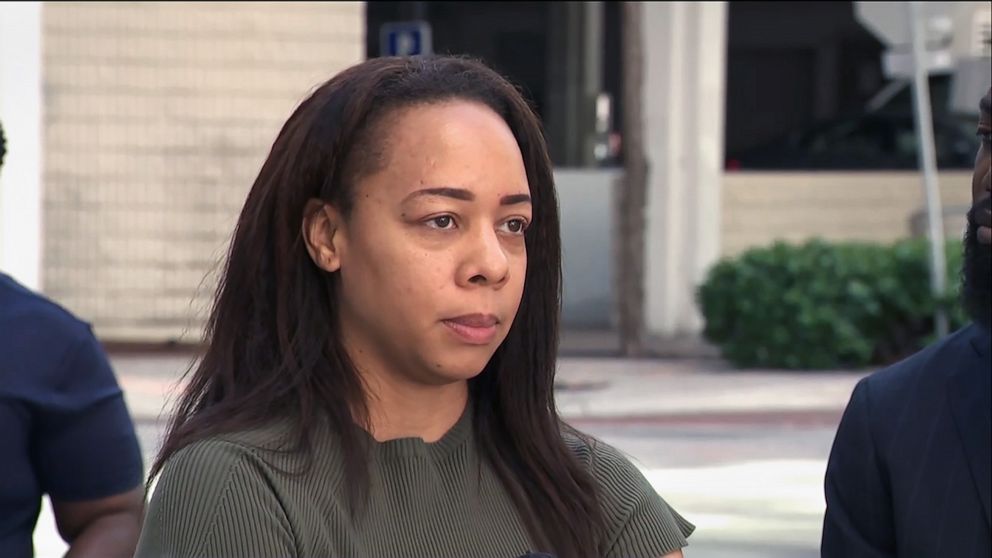 LaToya Ratlieff, a Florida woman who was shot in the face by a police officer’s rubber bullet during a Black Lives Matter protest, said her “heart dropped” when she learned the officer was exonerated but said she wasn’t surprised.

“It was expected,” Ratlieff said at a news conference Friday. “We’ve seen this happen too many times … when it comes to Black life.”

“If nothing else, it’s invigorating because it reaffirms why we were in the streets marching … and why this doesn’t end today,” she added.

On May 31, 2020, Ratlieff was at a George Floyd protest in Fort Lauderdale that turned violent. She was heading to her car to go home when a rubber bullet struck her face, a half-inch above her right eye, shattering her eye socket.

Video showed Ratlieff walking about 30 feet from a group of officers who were wearing riot gear and firing tear gas canisters and rubber bullets. The footage showed Ratlieff screaming and blood gushing from her wound. The injury nearly cost Ratlieff her eye.

The officer “identified and targeted an individual who hurled a projectile at our officers with an intent to cause them harm” and it was not the officer’s “intent” to hit Ratlieff, Lynn said at a news conference.

The department’s office of internal affairs conducted an “extensive” review and an external review was conducted as well, Lynn said.

“The department has made every effort to learn from this incident,” Lynn said.

“On behalf of the men and women of the Fort Lauderdale Police Department, I want to express my sincerest apology,” Lynn said to Ratlieff.

Ratlieff on Friday called Lynn’s apology “disingenuous … as if I had a bad dinner at a restaurant.”

Ratlieff on Friday also advocated against legislation endorsed by Gov. Ron DeSantis, which she said would suppress Black Floridians and allies from protesting for civil rights.

DeSantis is “working to criminalize the first amendment rights of Black people and those who stand with us,” she said.

The HB1 bill aims to combat riots with proposals including: prohibiting inciting or encouraging a riot; creating “affirmative defense to civil action where plaintiff participated in riot or unlawful assembly”; revising penalties for burglary or theft during a riot; revising the penalty for assault or battery committed in furtherance of a riot; and revising the minimum sentence for battery on an officer in furtherance of a riot.

“My message to the governor is this: You have to take your knees off of our necks. We are tired,” Ratlieff said.

DeSantis’ office did not immediately respond to ABC News’ request for comment.