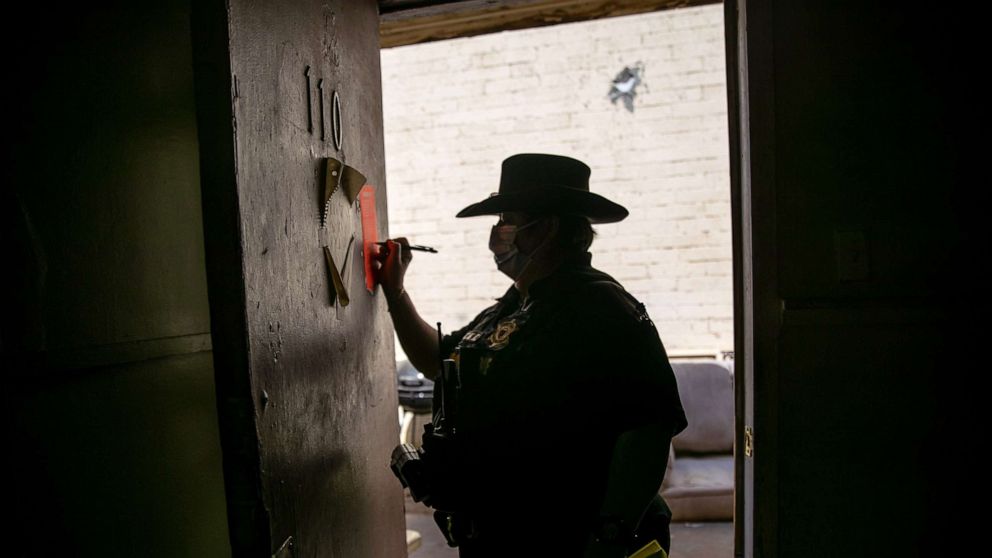 A federal judge has ruled the U.S. Centers for Disease Control and Prevention’s pandemic eviction ban is unconstitutional.

J. Campbell Barker, a Trump-nominated judge in the Eastern District of Texas, issued the 21-page ruling Thursday in response to a lawsuit from a group of landlords and property managers.

Ultimately, Barker deemed the the measure unconstitutional, writing: “Although the COVID-19 pandemic persists, so does the Constitution.”

The Trump administration announced the federal eviction moratorium through an order from the CDC last September in response to the pandemic. It was set to expire at the end of January but has been extended through the end of March.

Brian Morgenstern, deputy White House press secretary at the time, said when it was announced that the moratorium “means that people struggling to pay rent due to the coronavirus will not have to worry about being evicted and risk further spreading … or exposure to the disease due to economic hardship.”

The CDC did not immediately respond to ABC News’ request for comment on Friday. The Department of Justice, which represented the government, declined to comment.

Diane Yentel, the president and CEO of the the National Low Income Housing Coalition, urged the CDC to appeal the ruling “immediately.”

Comprehensive, national eviction risk data is scant. An analysis released last month by Moody’s Analytics and the Urban Institute said that some 10 million renters are behind on paying rent and risk being evicted. Moreover, the typical delinquent renter is almost four months and $5,600 behind on monthly rent and utility payments as of January, according to the analysis.

“To put that into some perspective, approximately seven million households lost their homes in foreclosure during the five darkest years of the global financial crisis,” the researchers wrote. “Here we have 10 million families facing a similar fate over a matter of months.”

Those who have fallen behind in their rent “are among the most vulnerable members of society” and are also “more likely to be families of color,” the researchers added.

These concerns were echoed in a separate survey released earlier this month by a coalition of advocacy groups including Color of Change, the National Employment Law Project, the TIME’S UP Foundation Impact Lab and the Worker Institute at Cornell ILR that looked at COVID-19-related inequities.

Those researchers found that 42% of Black workers, 39% of Latinx workers and 21% of white workers “expressed some level of concern that their household would face eviction or foreclosure” in the coming year.