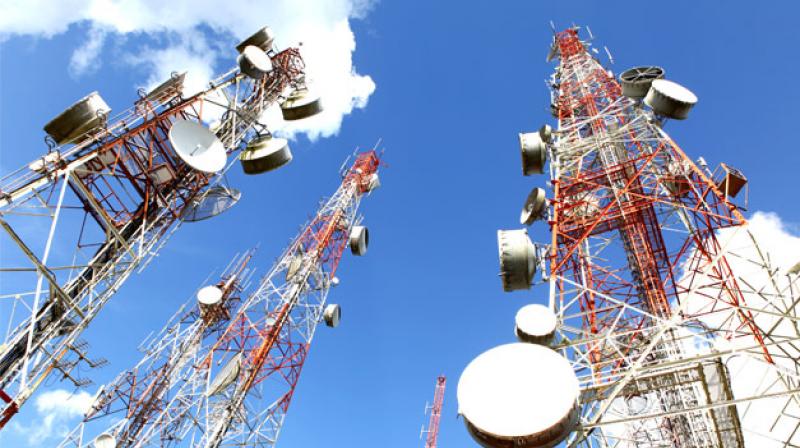 New Delhi: India's first auction of spectrum in five years attracted Rs 77,146 crore of bids on the opening day on Monday with Reliance Jio, Bharti Airtel, and Vodafone Idea participating in the bidding process – a response that the government said was better than expected.

There were, however, no takers for spectrum in 700 MHz and 2500 MHz bands on the first day, and the auctions will continue and conclude on Tuesday.

About 2,308.80 MHz of spectrum, that carry telecom signals, in seven bands worth nearly Rs 4 lakh crore at the reserve or start price, was offered for bidding in the auction that began on Monday.

Communications Minister Ravi Shankar Prasad said Rs 77,146 crore worth of spectrum was bid on the first day but there were no takers for the airwaves in the premium 700 MHz as also 2500 MHz bands. The response from players and the bids received surpassed government's internal estimates, that had anticipated bids worth Rs 45,000 crore. "The winning bids that have come till 6 PM today is Rs 77,146 crore. We thought since there are only three players, and spectrum replacement is happening…our estimation was that the bids will touch about Rs 45,000 crore, but it is a matter of assurance that it has gone as high as Rs 77,146 crore," Prasad said.

The bidder-wise details were not available immediately. A total of 2,308.80 MHz spectrum is being put to auction, out of which there have been bids for 849.20 MHz so far, an official release said.

"Total value of spectrum put to auction was about Rs 4 lakh crore. In this, 700 MHz band was a costly band, and that cost itself is Rs 1.97 lakh crore," the minister said adding that the government will take a call on 700 MHz band, used for 5G, in case it remains unsold in the ongoing auctions.

Excluding 700 MHz and 2500 Mhz bands, the bidding accounted for 60 per cent of the spectrum that was put to auction.

The 700 MHz band went unsold during the 2016 auctions, too. During 2016, when there were seven bidders, the spectrum sold was 41 per cent by quantity and 12 per cent by value of the total spectrum put to auction. The corresponding figures in the 2021 spectrum auction so far are 37 per cent and 19 per cent respectively, with three participants.

Asked which players had bid aggressively, the minister said that the government has consciously devised a mechanism where it keeps away from the auction process while the bidding is on, and e-auctioneer conducts the process in the most transparent manner.

On about future course for 700 MHz band, where players have maintained that prices are exorbitantly high, Prasad said, "the legal requirement is that once there is no auction in a band, Government will have to go to TRAI for recommendation of fresh price."

The auction is being held in the backdrop of the pandemic which has impacted economic activity, he said.

"There was a stress we cannot deny that, and in spite of that the auction is showing encouraging results. This is an assurance," Prasad said.

The auctions for 5G spectrum "should happen in the next financial year", Telecom Secretary Anshu Prakash said noting that many of the companies may have also set aside some reserves for 5G auctions.

India would like to have a robust 5G mechanism in place, and would encourage innovative Made-in-India products by domestic companies. "Very soon, we will be coming up with a good ecosystem for 5G trials as well. As far as spectrum is concerned, we will make proper announcement at an appropriate time, and it will not be very late," Prasad said. On whether or not Chinese vendors will be allowed to participate in 5G, the minister said the norms are already in place and the government will proceed accordingly to the rules laid down.

"Although in 800 MHz, the spectrum sold is 65 per cent of what is available, contribution of this band to total kitty is about 50 per cent so it is more expensive," Prakash said.