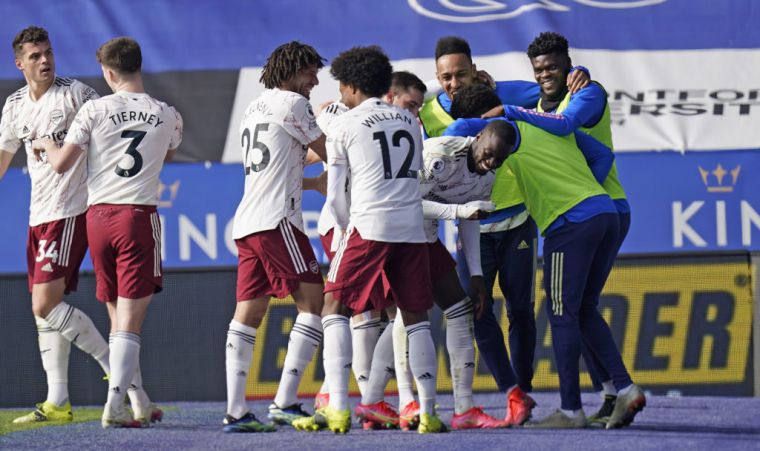 Granit Xhaka called for Arsenal to build on their impressive win at Leicester.

The Gunners’ 3-1 comeback victory against the Foxes on Sunday backed up last week’s Europa League progress against Benfica.

Mikel Arteta’s side remain 10th in the Premier League, three points behind Everton in seventh having played two games more.

Xhaka told arsenal.com: “We have to do it game by game, not for three games, not for four, we have to constantly be like this, with this energy, this team spirit and after I am looking forward to us doing something.

“We know that they have very good midfielders, they have a very good team as well. They try to play football but we won a lot of duels, a lot of 50-50 balls and the goals were beautiful and I am so happy for the team.

“I think we started very slowly. After my mistake when we conceded the goal, I think the team went a little bit up.

“We knew it would be very difficult after the Europa League game, after the travelling and everything else, to be ready for 12pm. It wasn’t easy but I think in the end we deserved to win. We did a really, really good game after 10 minutes. A really important three points for us.”

Leicester’s defeat followed their disappointing Europa League exit to Slavia Prague on Thursday and they have now lost Harvey Barnes for at least six weeks.

The winger was carried off with a knee injury early in the first half and will need surgery.