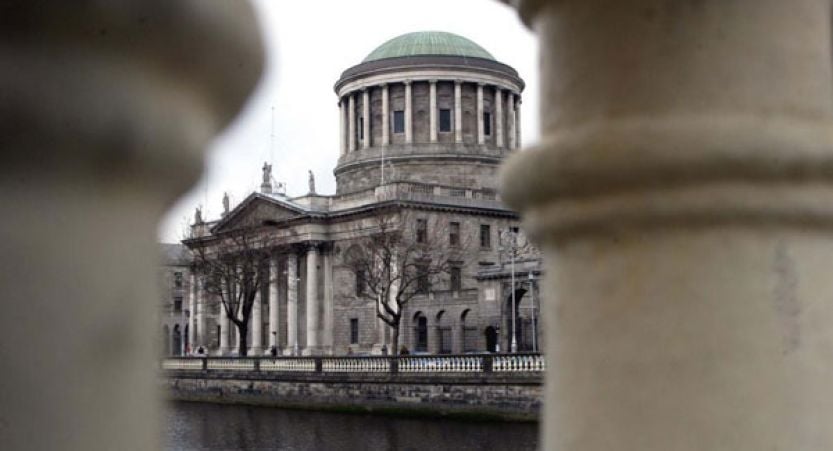 A 78-year-old Cork woman has petitioned the High Court to wind up an Irish firm owned by a collapsed German property company.

The pensioner, the High Cout heard claims she is owed a total of €135,000 and her counsel told the court she “has been consistently fobbed off’ when she sought repayment of her loan note investment.

The German Property Group collapsed last year after taking more than €1 billion from investors in Ireland, the UK, Asia and elsewhere.

Money had been raised from over 1,800 Irish investors by way of issuing loan notes for the purpose of buying and renovating listed buildings in Germany with promises of annual returns of as much as 15 per cent.

Today in the High Court, Counsel on behalf of Mrs Kathleen Dineen from Ballincollig, Co Cork sought the winding up of MUT 103 Ltd an Irish company with offices at Naas, Co Kildare which is linked to the German Property Group formerly known as Dolphin Capital.

He said Mrs Dineen has multiple sclerosis and suffered a stroke three years ago. The loan note was for three years, and she was due to be repaid in February 2020.He said Mrs Dineen through her son had written seeking the money be repaid and a formal demand was made in August last year. She had also sought meetings with the company.

Mrs Dineen, counsel said was “consistently fobbed off” and he said if the company had been straight and upfront it would be a better position. “The company did not alert her it could not pay her. She was told she had no claim which was patently incorrect. None of the promised meetings took place,’ Counsel said.

In an affidavit to the court Mrs Dineen said she was an elderly woman and had asked her son Paul Dineen who is a solicitor to assist her in dealing with the company in an effort to recover the monies she said are due and owing to her.

She said her son had engaged in extensive communications on her behalf with the company and its administrator Wealth Options Trustees Limited in which he raised “multiple concerns’ in relation to the structure between the company and Dolphin Capital and requested payment of the alleged debt.

She said the chief issue of concern to her , the alleged debt was not addressed in any substantive way and no payment was received.

Counsel for the company Peggy O’Rourke. SC said it sought the petition to be dismissed, adjourned or stayed. She said there was a very complicated process involved and creditor meetings of Irish loan note holders to assess future options could start as early next week.

Mr Justice Brian O’Moore will give his decision on the winding up application later in the week.