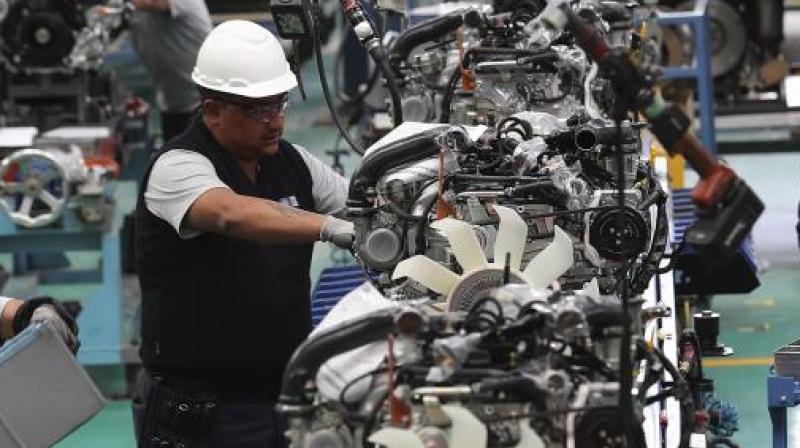 Mumbai: The Auto component industry is likely to witness a second consecutive year of double-digit degrowth this fiscal mainly on account of disruption in operations due to coronavirus pandemic and the subsequent lockdown, according to a report.

The counter measures are likely to lead to lower-income levels, weaker consumer sentiments, production disruptions, decreased industrial output as well as the lesser movement of vehicles, resulting in a decline in global automobile demand and therefore, lower revenue and profitability for auto ancillaries in FY21, India Ratings (Ind-Ra) said in the report on Tuesday.

"Ind-Ra expects that the auto ancillaries industry on an average could record at least 100bp EBITDA margin decline in FY21 and the profitability decline for export-focused auto ancillaries could be steeper as exports earn higher margins. The lower commodity prices could aid the profitability for the sector, though only to a limited extent, due to pass-through agreements with OEMs and OEMs' higher bargaining power.

"Also, some benefit may accrue to companies with overseas manufacturing units, as certain economies have announced support measures to meet part of the fixed costs during the shutdown period. A depreciated rupee rate could partly offset the decline in sales volumes; however, the benefit is not expected to be significant," it said.

However, the revenue and profitability of auto ancillaries focused on domestic markets are likely to fare better due to higher content per vehicle on the back of evolving regulatory norms including BS-VI applicable from 1 April, 2020, as per the report.

Entities with a large reliance on overseas markets are expected to face a higher demand risk as the key markets of the US and Europe have been the most impacted by the virus, which could lead to uncertain business conditions, it said.

The US, Germany and the UK are the largest export markets for auto components globally.

Besides, India also exports around 12 percent of the total auto components to economies with reliance on crude oil such as Africa and Latin America.