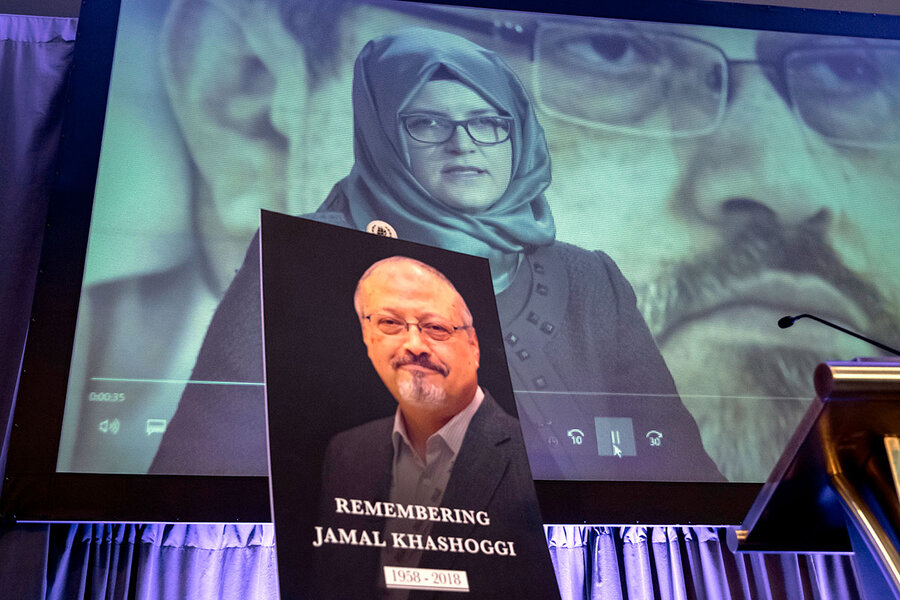 An international media rights group has filed a complaint with German prosecutors against Saudi Arabia’s crown prince and four other top officials accusing them of crimes against humanity over allegations they were involved in the killing of United States-based journalist Jamal Khashoggi, authorities said Tuesday.

The German federal prosecutor’s office in Karlsruhe told The Associated Press that it received the complaint from Paris-based Reporters Without Borders on Monday.

Spokesman Markus Schmitt said he could not speculate on how long it would take to consider the complaint, which is more than 500 pages long.

“I can only say that we will naturally evaluate the complaint according to the law,” he said.

It also details the cases of 34 other journalists, alleging they are “are victims of widespread and systematic attacks for political reasons,” Reporters Without Borders said.

The named suspects were identified for their “organizational or executive responsibility in Mr. Khashoggi’s killing, as well as their involvement in developing a state policy to attack and silence journalists,” the group said in a statement.

In the U.S. report, intelligence officials stopped short of saying the crown prince ordered Mr.Khashoggi’s slaying in Turkey in October 2018, but described him as having “absolute control” over the kingdom’s intelligence organizations and said it would have been highly unlikely for an operation like the killing to have been carried out without his approval.

Saudia Arabia’s ambassador to the United Nations, Abdallah Al-Mouallimi, on Monday disputed the report, saying it didn’t come “anywhere close” to proof of any allegations against the crown prince.

Saudi Arabia’s embassies in Berlin and Washington did not immediately respond to requests for comment on the Reporters Without Borders complaint.

Under the German legal system, anyone can file an allegation with prosecutors and there is an obligation for them to look into the accusations. It is up to them to determine then whether they justify launching a full investigation.

German law allows prosecutors to claim universal jurisdiction in crimes against humanity. Last week, German prosecutors secured the conviction of a former member of Syrian President Bashar Assad’s secret police for his involvement in facilitating the torture of prisoners in his homeland.

In that case, however, the defendant had been living in Germany.

The Khashoggi case has no obvious connections to the country. Although that is not necessary, German law states that prosecutors can decline to pursue a case under the principle of universal jurisdiction if there is no reasonable expectation that the defendant can be brought to Germany for trial. Germany does not allow trial in absentia.

Such complaints are not infrequent in Germany, and are usually rejected. In a widely watched case in 2007, for example, federal prosecutors rejected a complaint from a New York group against former U.S. Defense Secretary Donald Rumsfeld and others alleging they either ordered, aided or failed to prevent the torture of military prisoners.

Nonetheless, Reporters Without Borders said it had “determined that the German judiciary is the best suited system to receive such a complaint.”

“Those responsible for the persecution of journalists in Saudi Arabia, including the murder of Jamal Khashoggi, must be held accountable for their crimes,” Reporters Without Borders Secretary-General Christophe Deloire said in a statement. “While these serious crimes against journalists continue unabated, we call on the German prosecutor to take a stand and open an investigation into the crimes we have revealed.”

The U.S. document released Friday said a 15-member Saudi team, including seven members of the prince’s elite personal protective team, arrived in Istanbul, though it says it’s unclear how far in advance Saudi officials had decided to harm him.

Mr. Khashoggi had gone to the Saudi consulate to pick up documents needed for his wedding. Once inside, he died at the hands of more than a dozen Saudi security and intelligence officials and others who had assembled ahead of his arrival. Surveillance cameras had tracked his route and those of his alleged killers in Istanbul in the hours before his killing.

A Turkish bug planted at the consulate reportedly captured the sound of a forensic saw, operated by a Saudi colonel who was also a forensics expert, dismembering Mr. Khashoggi’s body within an hour of his entering the building. The whereabouts of his remains is unknown.

Besides the crown prince and his adviser, the complaint names Saudi Arabi’s former deputy head of intelligence Ahmad Mohammed Asiri; Mohammad Al-Otaibi, the Consul General in Istanbul at the time of the murder; and intelligence officer Maher Abdulaziz Mutreb.