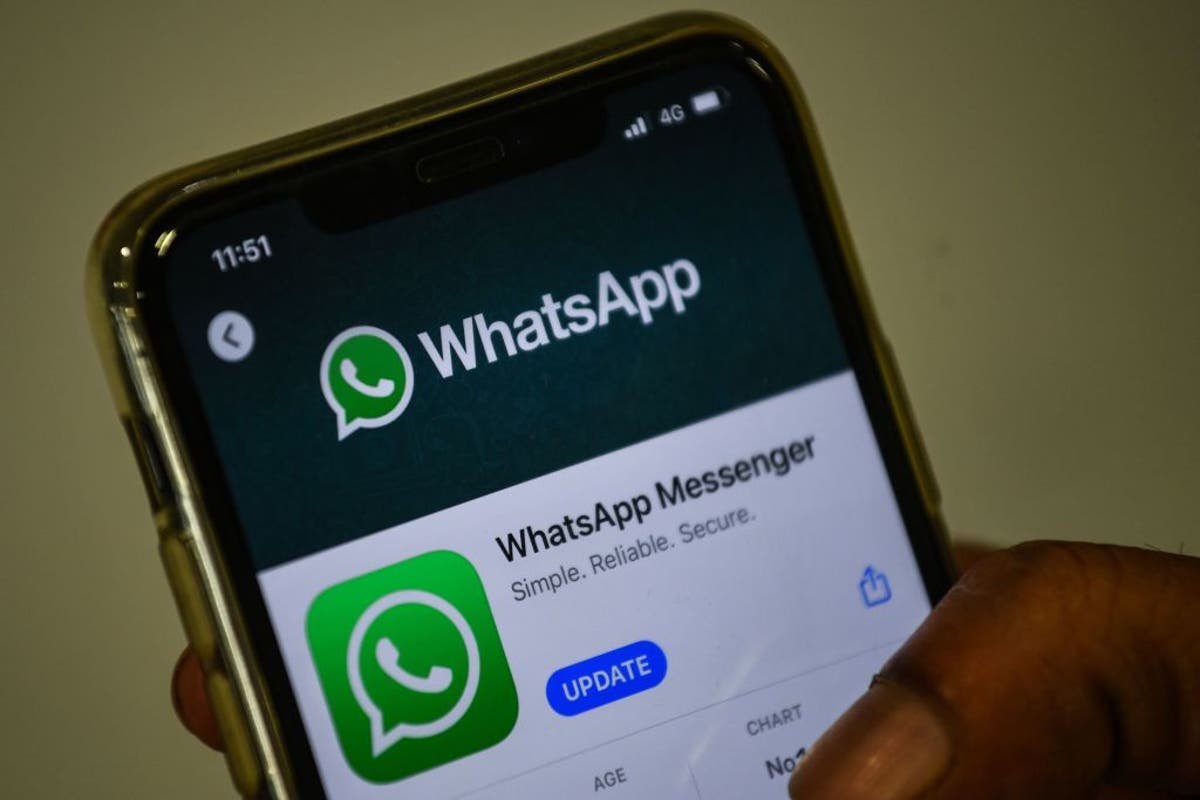 WhatsApp will push ahead with a controversial privacy update – but change the way it does it, in the hope of addressing users’ concerns.

The messaging app received sustained criticism when it announced the update, which brought panic about the way that it was planning to share data with parent company Facebook.

WhatsApp said that the outcry was the result of “misinformation”. It said it would change how users were asked to review the new policy in an attempt to address that confusion.

The company said it will begin showing users a banner alert in the coming weeks which will encourage them to learn more about the update and what is and is not changing.

It will also display messages in the Status section of the app which will declare the firm’s continued commitment to privacy and that conversations will remain end-to-end encrypted.

Earlier this year, the app began sending full-screen notifications to users alerting them they needed to review and agree to new terms of service and privacy policy in order to continue using the platform, which combined with references to parent company Facebook, sparked confusion and concern among some users over possible increased data sharing.

In the days that followed, rival messaging apps saw download numbers increase as some moved away from WhatsApp, leading the firm to clarify the nature of the change and delay its rollout.

Now, WhatsApp has revealed it will shortly restart notifying users about the update, but with a new banner alert and giving users the option to access additional information about details of the change.

The platform has reiterated that the update will not allow WhatsApp or Facebook to read or listen to messages sent by users and is focused on policy changes necessary to allow users to message businesses on WhatsApp.

“As a reminder, we’re building new ways to chat or shop with a business on WhatsApp that are entirely optional.

“Personal messages will always be end-to-end encrypted, so WhatsApp can’t read or listen to them,” the company said in a blog post.

“We’ve reflected on what we could have done better here.

“We want everyone to know our history of defending end-to-end encryption and trust we’re committed to protecting people’s privacy and security.

“We’re now using our Status feature to share our values and updates directly within WhatsApp.

“We’ll be doing much more to make our voice clear going forward.

“In the coming weeks, we’ll display a banner in WhatsApp providing more information that people can read at their own pace.

The messaging service also hit out at rival apps who have tried to lure users away from WhatsApp, suggesting some were making misleading claims about their own security.

“We understand some people may check out other apps to see what they have to offer.

“We’ve seen some of our competitors try to get away with claiming they can’t see people’s messages – if an app doesn’t offer end-to-end encryption by default that means they can read your messages,” the company said.

“Other apps say they’re better because they know even less information than WhatsApp.

“We believe people are looking for apps to be both reliable and safe, even if that requires WhatsApp having some limited data.

“We strive to be thoughtful on the decisions we make and we’ll continue to develop new ways of meeting these responsibilities with less information, not more.”