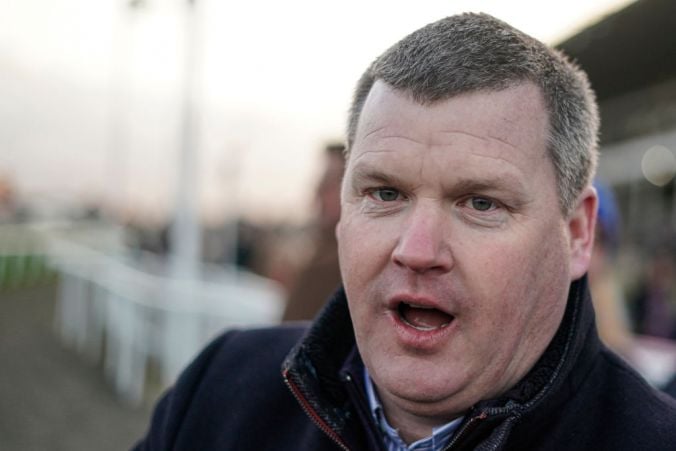 The Minister of State for Sport has said he was “absolutely shocked, appalled and horrified” by the photo of Gordon Elliot sitting on a dead horse.

Jack Chambers told Newstalk Breakfast that he would not be comfortable seeing the horse trainer taking part in the Cheltenham racing festival later this month.

Mr Chambers that “any and every sanction” should be on the table for the trainer.

“I think he needs to be held fully accountable. I think anyone who saw it was shocked by it and we need to uphold the highest animal welfare standards in Ireland,” he said.

“Any and every sanction should be on the table. It is important. We have a significant amount of equestrian activity in Ireland and we need to set a really high bar when it comes to welfare standards.”

Mr Chambers also told RTÉ radio’s Morning Ireland that the photograph of the trainer on the dead horse showed a “profound” lack of judgement.

When asked what should be the consequences for the trainer, he replied: “Everything should be on the table.”

Mr Elliott has apologised for the controversial photo which appears to show him posing on top of a dead horse on his gallops.

The image, which appeared on social media on Saturday evening, has been described as “shocking” and sees one of racing’s most high-profile figures speaking on a phone while seeming to hold up two fingers in an apparent peace gesture.

The Irish Horseracing Regulatory Board (IHRB) immediately launched an investigation which Mr Elliott said in a tweet he was co-operating fully with.

On Sunday night, he issued a statement confirming the veracity of the image and that it had occurred some time ago after the animal died of a heart attack on the gallops.

The Co Meath-based trainer (42) is readying one of the strongest teams of Irish runners for the upcoming Cheltenham festival, an event at which he was leading trainer in both 2017 and 2018.