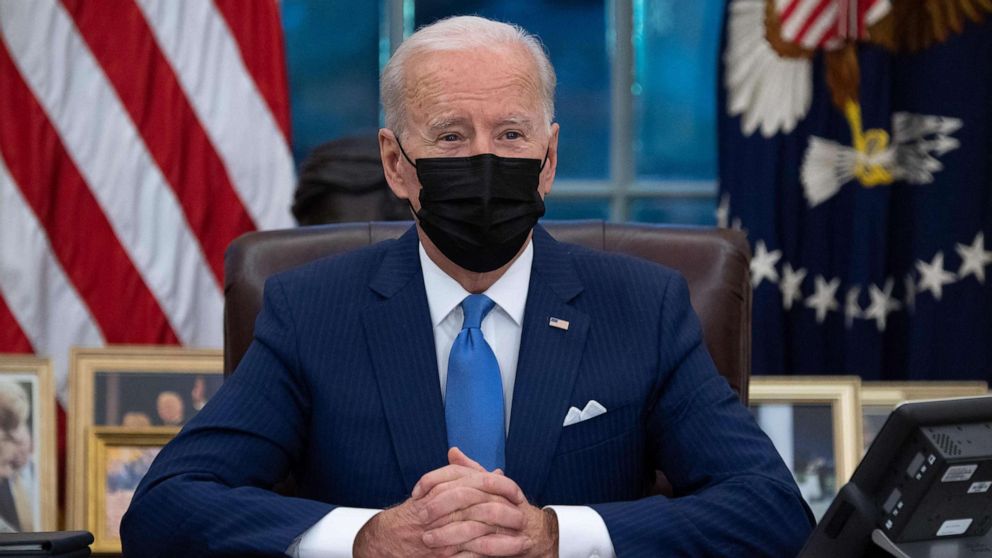 President Joe Biden spoke to King Salman of Saudi Arabia on Thursday — the two leaders’ first call amid pressure on his new administration to change the U.S. relationship with the kingdom over its alleged human rights abuses.

In particular, the Biden administration is set to release an unclassified report from the U.S. intelligence community on the killing of Jamal Khashoggi, a Washington Post columnist and Saudi dissident who lived in Virginia. The report, whose release is required by law, is expected to implicate Crown Prince Mohammed bin Salman, King Salman’s son and heir to the Saudi throne.

The White House said until Biden called the king, the Office of the Director of National Intelligence would not release the report, which is set to further roil relations between Washington and its longtime partner in the Middle East.

But Biden appears to be interested in threading the needle — promoting accountability for Khashoggi’s grisly murder and the Saudi government’s air war in neighboring Yemen, while also maintaining the close ties with a key regional partner.

That will be harder to do as Prince Mohammed, sometimes referred to by his initials: MBS, takes tighter control of the kingdom. Heralded by some for reforming the Saudi economy and cultural and legal frameworks, including by letting women drive, he’s also been condemned for a brutal crackdown on political enemies and human rights activists, including women like Loujain al Hathloul who fought for the right to drive.

During Thursday’s call, Biden “affirmed the importance the United States places on universal human rights and the rule of law,” according to the White House. But he also “told King Salman he would work to make the bilateral relationship as strong and transparent as possible. The two leaders affirmed the historic nature of the relationship and agreed to work together on mutual issues of concern and interest.”

Neither Khashoggi nor the report was mentioned in the White House readout of the call, although it’s possible the two still discussed the issue.

The Saudi government has denied a role in Khashoggi’s murder — saying a “rogue” team of government agents were responsible and that MBS was not involved.

Pressure has grown on the Biden administration to shift the relationship with the Saudis after former President Donald Trump shielded its government from Congress’ ire over Khashoggi’s murder and its campaign in Yemen, which has drawn accusations of war crimes from the United Nations.

Trump used his veto power on multiple occasions to protect Saudi interests, including to sustain U.S. support for the Saudi coalition in Yemen and to bypass Congress to sell arms to the coalition. Along with top advisers like Secretary of State Mike Pompeo, he continually cast doubt on the U.S. intelligence communities’ finding about the crown prince’s role.

But in November 2018, just weeks after Khashoggi was murdered and dismembered by Saudi agents in the kingdom’s consulate in Istanbul, U.S. lawmakers were briefed on the classified version of the intelligence report. Republicans and Democrats have said repeatedly that MBS played a role.

“We also have a crown prince that’s out of control,” Sen. Bob Corker, R-Tenn., then the chair of the Senate Foreign Relations Committee, said at the time. “Whether there’s a smoking gun, I don’t think there is anybody in the room that doesn’t believe he was responsible for it.”

Congress passed a law to force the Trump administration to release an unclassified version of that intelligence report, but Trump refused. Instead, he sanctioned 17 Saudi officials with financial penalties and 21 officials with visa bans — limiting U.S. penalties to the officials identified by the Saudi government.

Eleven Saudi officials were put on trial and five were sentenced to death until the Khashoggi family forgave them and their sentences were commuted to 20 years in jail.

Now, Biden’s team said they will “follow the law” with the report’s release — and pledged Thursday to advance accountability for Khashoggi’s killing.

“The release of this report, when that time comes, will be an important step in that direction. … I wouldn’t expect the accountability to stop there however,” State Department spokesperson Ned Price told ABC News.

Price and White House press secretary Jen Psaki declined to discuss possibilities, but Psaki told ABC News there are a “range of actions that are on the table.”