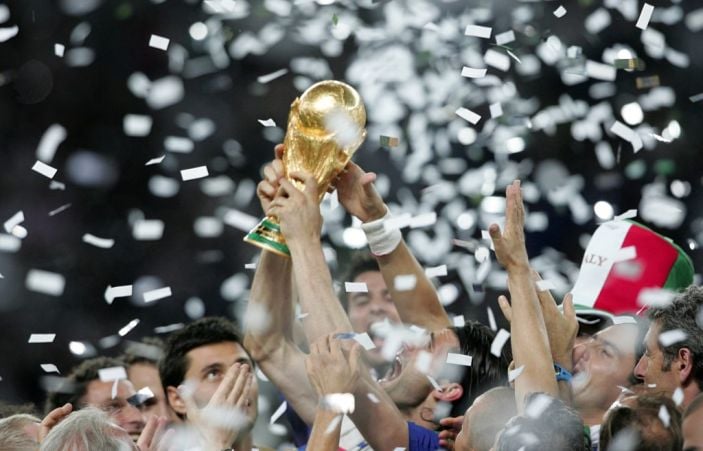 The football associations of England, Wales, Scotland, Northern Ireland and the Republic are considering a joint bid to host the 2030 World Cup. Photo: PA Archive/PA Images

A joint bid from Ireland, England, Scotland, Wales and Northern Ireland to host the 2030 World Cup has moved a step closer.

Tánaiste Leo Varadkar said the bid would be “something for us to work towards together.”

Here, we answer the key questions surrounding the news.

Will there definitely be a bid?

No. A feasibility study is under way and will continue before the formal bidding process begins next year.

A major events division was created in the Department of Sport during Ireland’s ultimately unsuccessful bid to host the 2023 Rugby World Cup.

Minister of State for Sport Jack Chambers said a significant amount of the €6 million budget for that division will be put towards the World Cup bid.

He told RTÉ’s Morning Ireland on Tuesday: “We’ll be purposing a significant amount of that into our engagement and collaboration with the British government.

“The exact amount that’s required in terms of the feasibility process is being worked through.

“But we won’t be found wanting when it comes to putting our best foot forward and to hold the feasibility and viability process of this bid.

“I think it’s something that we can be incredibly positive about.”

The UK government’s backing includes a pledge of £2.8 million (€3.2 million) towards a potential bid.

What is the timescale?

The process begins in 2022 with a decision on the host nation or nations to be taken by FIFA in 2024.

Why a joint bid?

World Cups from 2026 onwards will be contested by 48 teams rather than 32, making hosting a significant undertaking.

Where are other bids likely to come from?

Joint bids appear to be the order of the day. One is expected from South American countries including Uruguay, which wants to mark the centenary of the inaugural tournament there.

China is also a possible bidder while Spain, Portugal and Morocco could team up. Only one bid from UEFA countries would be allowed to go forward.

What are the chances?

Recent bids have not been encouraging. England failed with attempts to host the 2006 and 2018 tournaments.

With the latter, optimism gave way to humiliation when it was revealed England’s bid, which was fronted by David Beckham, Prince William and David Cameron, received just two of 22 votes.

Talk of bringing football home is unlikely to win this bid any friends.