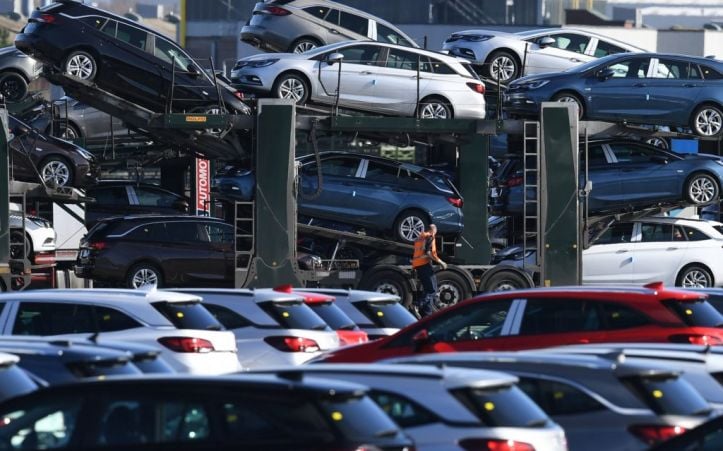 February saw a 57 per cent increase on pre-registrations, cars registered by the motor traders, sometimes as demonstrator models, and then sold on to private buyers as low-mileage used cars.

New car sales in February are up 5.3 per cent on the same month last year despite the Level 5 Covid lockdown restrictions. Total new registrations came to 13,834 last month, up 696. However, part of the growth may be down to buyers bringing forward their purchases to avail of the reduced VAT rate during the first two months of the year.

According to Brian Cooke, director general of the Society of the Irish Motor Industry: “Strong pre-orders at the end of last year along with the ability to offer a click and deliver service have helped the Industry, as has the reduced VAT rate during the first two months of the year, which has brought some March sales forward.

“Looking ahead to March, with most year-end pre-orders having been fulfilled, the increased VAT rate and with the absence of car hire, it is anticipated that the month ahead will be a challenging one for the industry.”

February saw a 53 per cent increase on the same month last year for pre-registrations; these are cars registered by the motor traders often as demonstrator models and then sold on to private buyers as low-mileage used cars. The number of new cars registered by the motor trade itself rose by 670 to 1,932 last month compared to February last year. It represented 14 per cent of all new registrations last month.

There was also a rise in the number of company registrations, up 40per cent for the month to 845 new cars. However, the hire drive market is still flat, with just 176 new registrations compared to 1,719 in February 2020.

The best-selling brand so far this year is Toyota, with 5,547 registrations, ahead of Hyundai with 4,142, Volkswagen with 3,989 and Skoda with 3,455. Ford is in fifth place with 3,320. The best-selling new model is the new Hyundai Tucson with 2,284 registrations, followed by a trio of Toyotas; the Corolla, Rav4 and Yaris.

At the top end of the market, there has been Rolls Royces registered this year, including a new Phantom which would have cost its buyer in excess of €750,000. At the slightly more affordable end of the market, Audi remains the top-selling premium brand with 1,374 registrations, ahead of Mercedes-Benz with 1,286 and BMW with 1,236.

Diesel sales continue to slide and now represent 36.3 per cent of the market, compared to 44 per cent this time last year, while petrol sales have also fallen to 33.6 per cent, from 39 per cent at the end of February 2020. In contrast, hybrid sales now account for over 25 per cent, while sales of new all-electric cars now for 4.9 per cent.