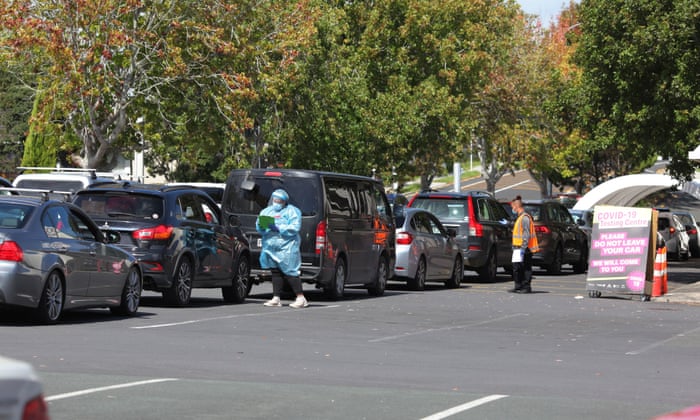 The catch cry of “be kind” – which prime minister Jacinda Ardern impressed upon New Zealand since its first lockdown a year ago – is in danger of being replaced with a less positive mantra as Aucklanders struggle through their second Covid-19 lockdown in a fortnight.

The country’s biggest city has been in level-three lockdown since Sunday morning as a result of two cases of community transmission, which were found to have happened while an earlier period of level-three restrictions were in place – threatening to fracture the unity of the “team of five million”.

On Monday, Ardern expressed frustration and urged people to hold each other to account. No one she had spoken to thought it was tolerable, she said, adding that the most recent cases were “facing the full judgment of the entire nation”.

Many members of the public have released pent-up frustrations on social media directed at Covid-19 rule breakers, Aucklanders who took the chance to get out of the city in the hours before the lockdown began at 6am Sunday, and the government.

Motorists returning to Auckland on Sunday fumed about waits of up to seven hours to get through checkpoints. “I can understand checking people leaving Auckland but it is ridiculous checking those who come in,” one reader tells the New Zealand Herald.

“Our two-hour journey home took nine hours. It was 26 degrees and there were many families with young children … I wonder if Jacinda thinks it is OK to be in a car for that long with small children and little food or liquid?”

While waiting time at Auckland’s road borders was down to less than 30 minutes by Monday evening, on Wednesday there were many signs Aucklanders were losing their patience.

“Well I am grumpy too,” says Tina Woodfield, at the Covid-19 testing station in the Otara town centre in south Auckland. She had just had her third voluntary nasal swab in a year.

“We have all been advised what to do. [If you have symptoms] get tested and stay home. There are no excuses. We shouldn’t have to go through this,” says Woodfield, a hotel receptionist who got tested because she had flu symptoms.

“It’s frustrating because it is affecting lives and businesses.” She has not seen her partner since he took a job as a special education worker in Australia a year ago, just before Covid-19 first surfaced in New Zealand. “We want to get him home but everything is delayed.”

At the nearby Otara Kai village, Swanie Nelson says the mood is different this time. People were fine during the three-day lockdown last month, she says. “It was really only one family we were talking about. This time there are multiple families and many more locations of interest and we are at the epicentre of those places.” 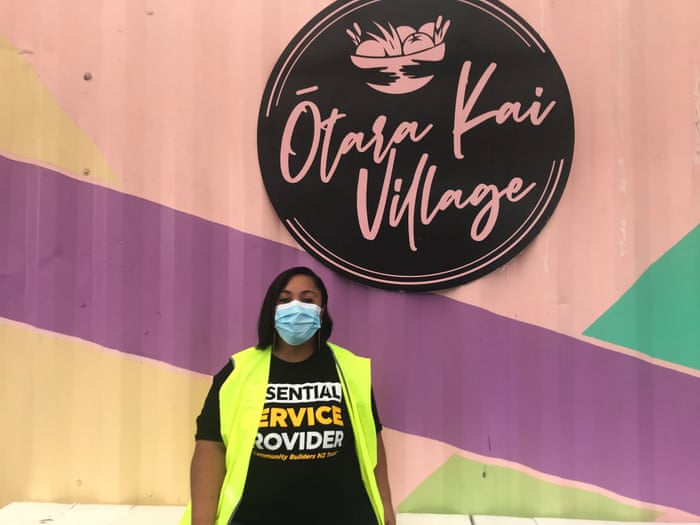 “People think ‘what the hell am I going to do if cases increase’. They are not optimistic at the moment.”

To date, there have been 15 confirmed cases of Covid-19 linked to the Auckland February cluster, across four South Auckland families.

Kai is the Maori word for food and Otara Kai village is part of a community initiative begun during the first lockdown. On Wednesday they gave out 400 hot meals – “mince chow mein and buttered French breadsticks” – but Nelson says they don’t call it a food bank because of the stigma. 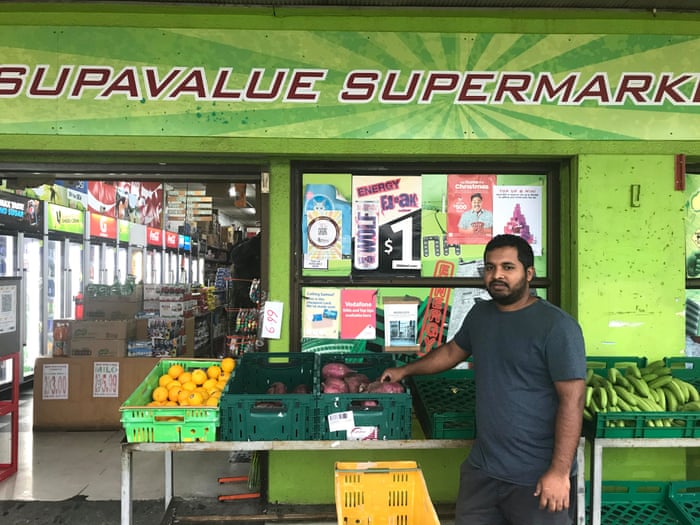 “We rescue and redistribute kai for all. It’s more dignified. We call it mana-enhancing.”

Around the corner at the family-owned Supervalue Supermarket, Moinul Khan, says it is almost business as usual. “More people are wearing masks but the number of people coming to the shop is normal.”

That, he suggests, reflects lockdown fatigue as Auckland deals with its fourth lockdown at level three or above.

Papatoetoe high school, which is in a neighbouring suburb in south Auckland, has been open for only one-and-a-half days since mid February when a pupil tested positive. Two more students have since tested positive, prompting all of its staff and students to be tested, returning negative results.

The school principal, Vaughan Couillault, notes the Covid rule breakers are not students but relatives. “Everybody is frustrated when people don’t follow the rules. But for each negative message I’m probably getting 50 positives ones.”

No new community cases were announced on Wednesday, while some test results are still to come in the Auckland outbreak. There are two new border-related cases in managed isolation facilities. The government will reconsider the alert levels on Friday.