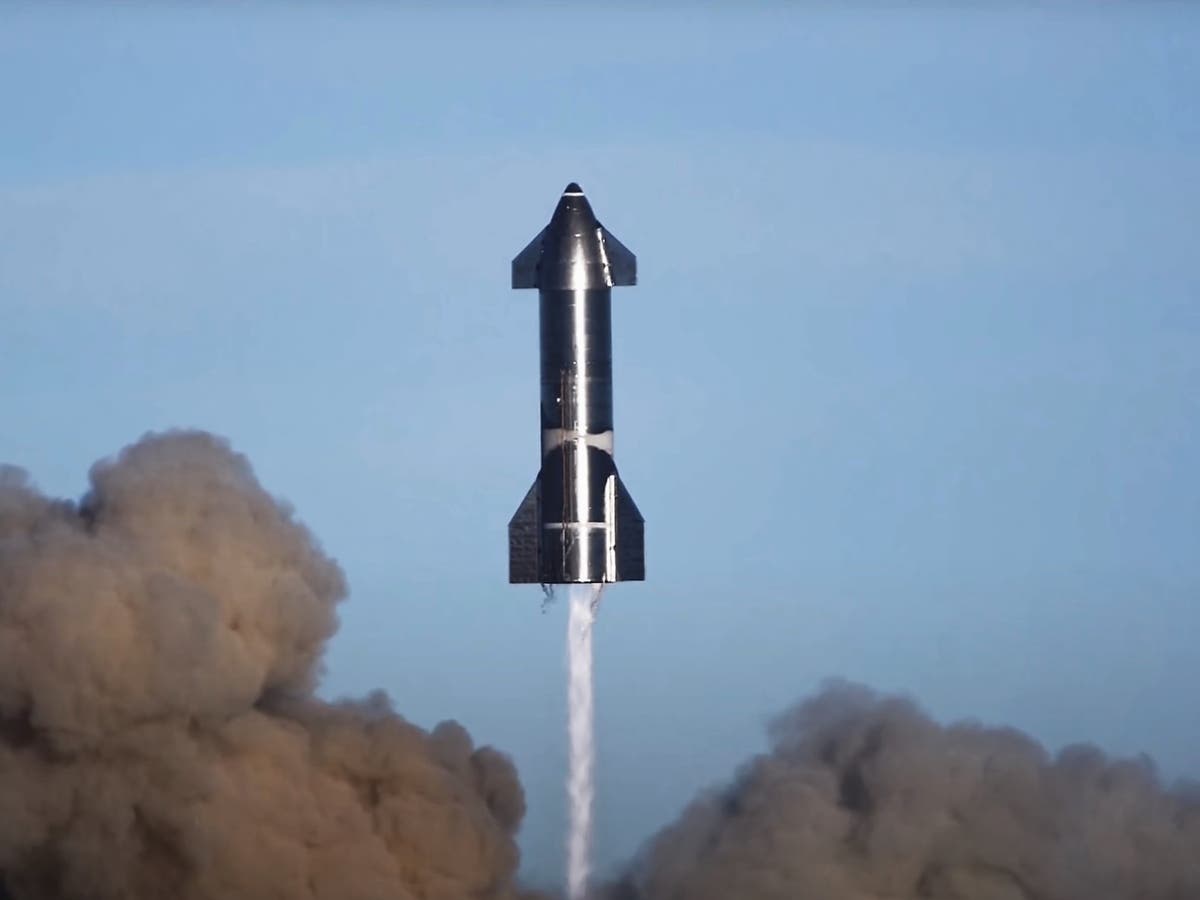 The next major flight test of SpaceX’s Starship rocket is planned for this week, according to SpaceX boss Elon Musk.

Starship SN10 is already on the launchpad at SpaceX’s facility in Boca Chica, Texas, and local road closures are scheduled for 22-24 February.

Two high-altitude tests of previous Starship prototypes have taken place since December, with both SN8 and SN9 exploding on landing.

SpaceX said the issue with the failed SN9 landing was related to a malfunctioning Raptor engine, which failed to relight as it came in to land.

Despite the catastrophic conclusion to the tests, both were largely successful in proving the launching and in-flight manoeuvring capabilities of the Mars-bound spacecraft.

“These test flights are all about improving our understanding and development of a fully reusable transportation system designed to carry both crew and cargo on long-duration, interplanetary flights and help humanity return to the moon, and travel to Mars and beyond,” SpaceX said following the SN9 flight test.

Mr Musk recently predicted that Starship SN10 has a 60 per cent chance of landing successfully thanks to upgrades to the craft.

Previous test launches of the Mars-bound spacecraft have been blighted by delays resulting from technical issues, poor weather conditions or a lack of clearance from the Federal Aviation Administration (FAA).

The FAA took longer than a week to grant a launch license for Starship SN9 after it was revealed that SN8 was launched without the correct approvals.

The government agency also launched an investigation into SN9’s crash landing, however that inquiry has now been concluded.

If subsequent tests prove to be successful, SpaceX could begin mass production of Starship craft as early as next year. Mr Musk said he hopes to manufacture up to 100 per year in order to facilitate mass transit of people and cargo around the Solar System.

In January, the technology billionaire said the earliest uncrewed Starship missions to Mars could take place as early as 2022, with crewed missions taking place in 2024 or 2026.