The pontiff will mark the first visit from a head of the Catholic Church to Iraq, after he was previously set to visit in 2020. The trip was cancelled last year due to the coronavirus pandemic, and Pope John Paul II, who was set to visit in 2000, had his trip cancelled due to security risks.

In his weekly address at the Vatican, Francis insisted he will make the three-day long trip to Iraq.

He said: “The day after tomorrow, God willing, I will go to Iraq for a three-day pilgrimage.

“For a long time I have wanted to meet these people who have suffered so much.

“The people of Iraq are waiting for us.” 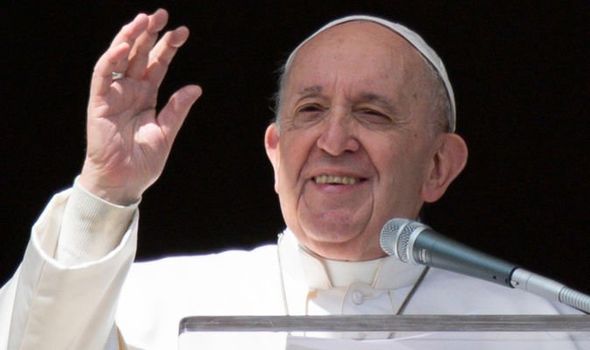 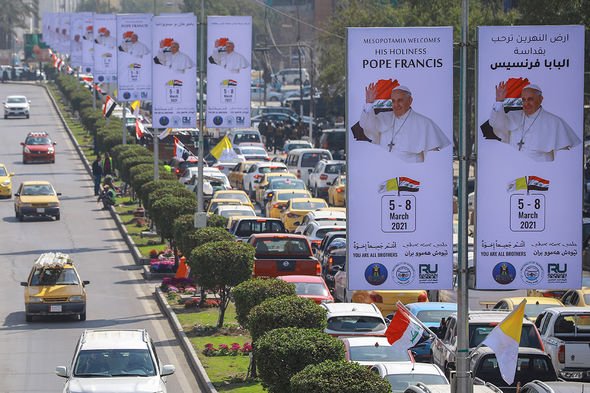 The trip comes after at least 10 unguided rockets hit the US and Iraqi-occupied Ain al-Assad air base in western Iraq early yesterday.

One contractor died as a result of the attack, the third in less than a month after a series of attacks on US-Coalition bases in Iraq.

US President Joe Biden authorised an airstrike targeting Iranian-backed militias in Syria in retaliation to the attacks.

As a result of the recent conflicts, Francis will be travelling in a bomb-and bullet-proof vehicle, rather than his open-topped white Pope-mobile.

Iraqi authorities are also deploying 10,000 police and soldiers to shield him from potential threats.

Iraq has also suffered a surge in coronavirus cases in recent weeks, with yesterday seeing the country record another 5,173 new cases and 25 new deaths.

Francis has received a vaccine against coronavirus.