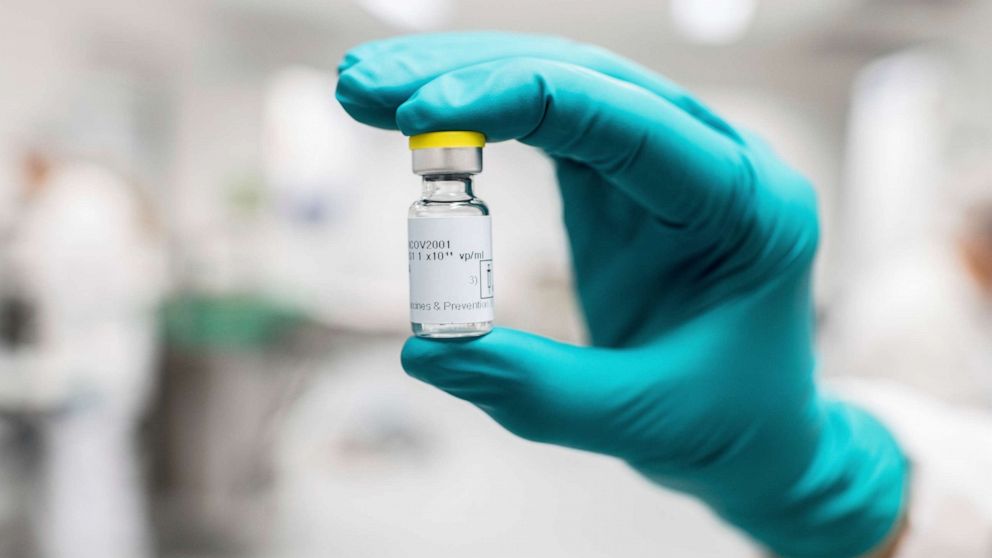 The U.S. Food and Drug Administration has authorized use of a third COVID-19 vaccine in the U.S., declaring the Johnson & Johnson vaccine safe and effective in adults 18 and older.

“The authorization of this vaccine expands the availability of vaccines, the best medical prevention method for COVID-19, to help us in the fight against this pandemic, which has claimed over half a million lives in the United States,” Janet Woodcock, acting FDA commissioner, said in a statement.

The green light by federal regulators was expected to trigger the shipment of 3.9 million doses as early as Monday, with some 800,000 of that expected to go directly to pharmacies.

Those numbers would grow weekly. And with shipments from other vaccine makers Pfizer and Moderna, the expanded supply would eventually put the country on track to have enough vaccine on hand to immunize some 130 million adults by the end of March.

Officials caution, though, that it will take time to get shots in arms.

“Importantly, each of them are very effective against severe disease and virtually all have them say that you look at the data and it’s clear that you get essentially no hospitalizations, or deaths. And this is very good news,” he said in a briefing with reporters on Friday.

Here’s what to know:

The J&J vaccine is for adults only, at least initially.

Vaccine makers are looking at whether their products would be safe and effective in children, but that will take some time. Fauci predicts vaccines could be offered to teens as early as fall and younger children in early 2022 after clinical trials are done.

For now, because J&J’s clinical trial involving more than 44,000 people looked only at adults, the vaccine would be restricted to people 18 and older.

“We believe that people should take the vaccine that they are able to access,” Woodcock said on a conference call following authorization. “We feel all these vaccines meet our standards for effectiveness. They were not studied in head-to-head trials and so it’s really very difficult to compare right now due to different differences in the development program.”

The other good news is that J&J was tested in countries known to have potentially more dangerous variants, including Brazil and South Africa. The data found the vaccine worked against all variants at preventing severe disease.

There are still some unknowns.

On Wednesday, the company published a preliminary analysis suggesting its vaccine can help prevent asymptomatic infections, but the FDA concluded there is not yet enough data to say for sure.

Regulators also said it’s not yet clear how long protection lasts, similar to other vaccines.

But among the 44,000 trial participants, no serious safety concerns were reported. Participants who received the vaccine and not a placebo showed similar side effects to other vaccines, including pain at the injection site, and some people reported fatigue, headache, or fever.

On allergies, there were no cases of anaphylaxis reported in the clinical trial. But Macaya Douoguih, head of clinical development for the vaccine group at Janssen, said Friday that the company received preliminary reports of two cases of severe allergic reactions, including one with anaphylaxis.

Douoguih said the company will continue to monitor those events and any other reactions closely.

“We’re confident in our findings that the Janssen COVID-19 vaccine meets our rigorous standards of safety and effectiveness,” Dr. Peter Marks, from the FDA’s Center for Biologics Evaluation and Research, said on a conference call following authorization. “Similarly to the previously authorized COVID-19 vaccines, the vaccine should not be given to individuals with a known history of severe allergic reactions or any of its components.”

Overall, allergic reactions have not been common and are usually temporary.

It could show up at your local pharmacy.

The J&J vaccine will be distributed much as the other vaccines — mostly spread out evenly across the states and major cities based on the size of the local adult population. But the federal government also plans to send a significant number of doses directly to pharmacies and community centers.

In the case of its first shipments next week totaling 3.9 million doses, 2.8 million will be divided among states and local jurisdictions. But another 800,000 would go directly to pharmacies; 70,000 would be sent to community centers; and 90,000 would go to federally qualified health centers.

Eligibility won’t change right away. While there are federal guidelines on how to distribute the vaccines, it’s up to states to declare which groups of people should be first. In most states, priority is now being given to older Americans living independently, people with severe health risks and essential workers, like teachers.

Unlike Pfizer and Moderna, the J&J vaccine only requires one shot for an individual to be considered fully immunized. It also can be stored in a refrigerator, making it relatively easy to handle.

By the end of June, J&J is expected to have produced 100 million vaccine doses. That puts the U.S. in a position of having a surplus by mid-summer when Pfizer and Moderna are expected to have delivered enough vaccine to immunize 300 million people.