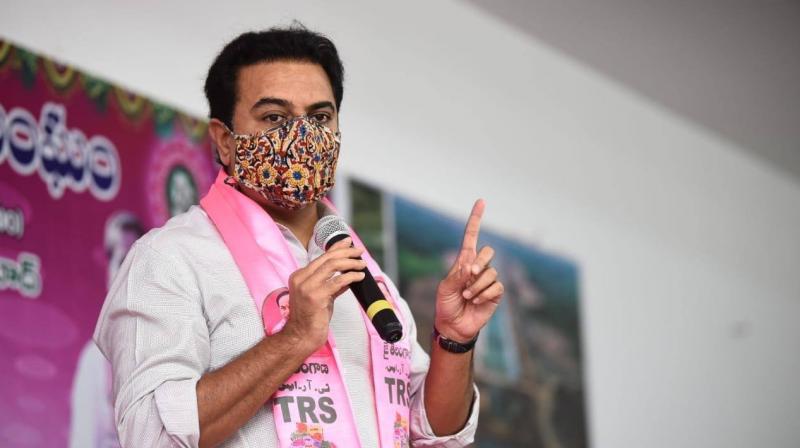 Hyderabad: TRS working president K.T. Rama Rao on Wednesday demanded that the BJP offer an apology to the people of Telangana state for its failure to get the ITIR (IT Investment Region) project to Hyderabad.

Despite the statement by Union IT minister Ravi Shankar Prasad in Parliament that the ITIR scheme has been shelved, BJP state president Bandi Sanjay was spreading lies on ITIR day in and day out,  Rama Rao said.

In response to an open letter written by Sanjay on the ITIR on Tuesday, Rama Rao said, "His open letter showed his ignorance," adding that the ITIR has not gone ahead even in Bengaluru though the same party runs governments both at the Centre and in Karnataka.

“Apart from Hyderabad, the ITIR project was sanctioned for Andhra Pradesh, Odisha and Karnataka but has not seen any development in any of these states. Is the TRS government responsible for lack of development there too," Rama Rao said, the mocking directed the question at Sanjay.

"We will provide all the letters written to the Union government since 2014 and also the Detailed Project Report of the ITIR to Mr Bandi Sanjay. Does he have the power to get ITIR to Hyderabad,” Rama Rao asked. If the Telangana BJP has any sincerity towards bringing ITIR to Hyderabad, they should make the Centre announce it.

The state IT minister added that BJP has disappointed the youth of Telangana who have been waiting for the ITIR to become a reality for jobs.