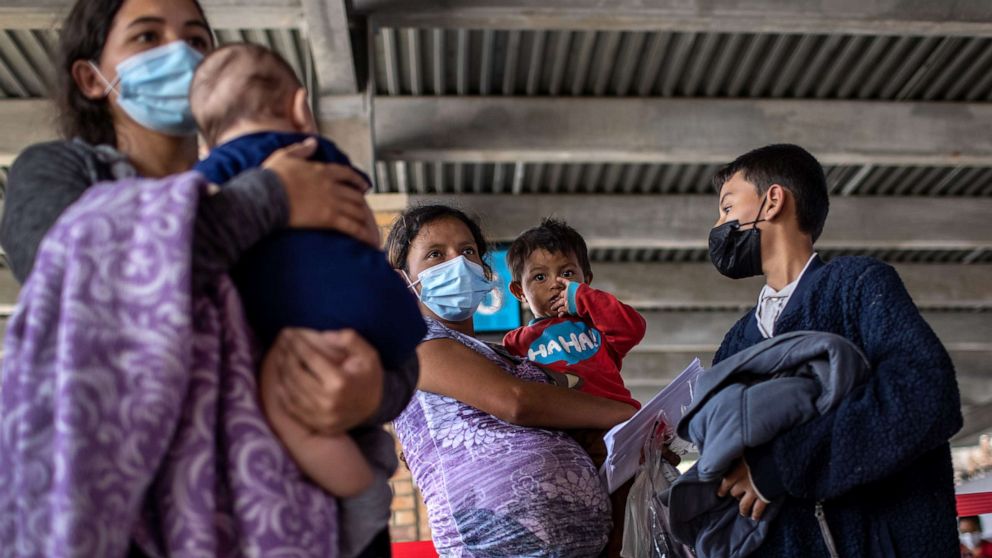 As Congress debates the latest coronavirus relief bill, many await their much-needed aid, while others, desperate for help, will never see the benefits.

“I have not received any benefits,” Rosa Arevalo, an essential worker, said. “I haven’t received anything, I think because of my immigration status, because I don’t have a Social Security number. … But I’ve earned my life in the U S. working.”

Arelvo immigrated to the United States from El Salvador and works as a restaurant cook. She was diagnosed with breast cancer in 2018 and continued to work as much as she could during her treatment.

It was all later complicated by the pandemic.

Arevalo is one of millions of undocumented workers who work in the United States, have struggled to make ends meet during the pandemic and are not eligible for most assistance offered.

There are approximately 7 million undocumented immigrants working in the United States, making up 4.4% of the workforce, according to a 2020 Center for American Progress report. Because of their immigration status, they do not qualify for unemployment benefits if they lose their job.

But it’s not just undocumented immigrants themselves who have faced difficulty receiving aid. There are around 16.7 million people in America who have at least one undocumented family member living with them, according to the Center For American Progress. People in these mixed-status families, such as when some are citizens and some are DACA recipients but file taxes with a family member who doesn’t have a Social Security number, also have struggled to receive benefits.

The Coronavirus Aid, Relief, and Economic Security (CARES) Act did not provide direct assistance to undocumented immigrants or people living in mixed-status households. This prevented DACA recipients, immigrants with legal residency and some American citizens from receiving aid. Attorneys from Georgetown University Law Center and Villanova University’s School of Law filed a class action lawsuit last May challenging mixed-status families not being included in the CARES Act. While the lawsuit is still pending, these families were included in the second stimulus package, which passed in December.

“They didn’t receive [benefits] because of who their parents are,” said Jossie Flor Sapunar, the communications director at immigrant advocacy group CASA. “If the law says you are to receive $600 if you’re a dependent U.S. child, then that is what you’re supposed to receive, no matter who your parents are.”

Because these families have fewer resources available for financial assistance during the pandemic, many have relied on advocacy groups such as CASA, which serves over 100,000 members and has provided financial and food assistance to many undocumented immigrants, Sapunar said, noting that many of them pay taxes.

“Immigrants are paying into a system that doesn’t provide any safety net for them. And the prime example of that is all of the stimulus relief checks,” Sapunar said.

Biden’s COVID-19 relief bill, called the American Rescue Plan, passed the Democrat-controlled House with no Republican support. Republicans have argued that the $1.9 trillion price tag is too big, because the relief package passed in December cost $900 billion.

The American Rescue Plan does not provide the same level of aid to undocumented immigrants as it does to citizens, but it does provide some assistance. Couples who jointly file their taxes only need to have one valid Social Security number and will qualify for one stimulus check.

“Everything is really hard because of immigration status for me,” Arevalo said. “It’s hard to qualify for things without immigration status. Especially for people like me who need treatment for cancer. We don’t have things because we are without status.”