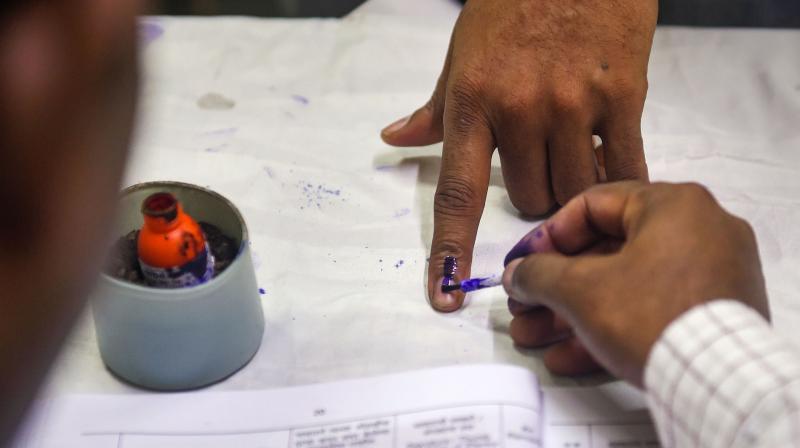 Vijayawada: The fourth phase of the gram panchayat elections will be held on Sunday and nearly 67.75 lakh voters are expected to cast their vote between 6.30 am and 3.30 pm.

Polling is scheduled to be held in 16 revenue divisions covering 161 mandals. Out of 3,299 positions of sarpanch notified, 554 were elected unanimously and no nominations were filed in two positions. Polling to be held for election of 2,743 sarpanches and 7,474 contestants are in the fray.

With regard to ward members, out of 33,435 posts notified, 10,921 were elected unanimously while no nominations were filed in 91 positions and with this, polling to be held for election of 22,423 ward members and 52,700 contestants are in the fray.

The authorities have set up 15,268 big, 12,033 medium and 10,583 small ballot boxes. Covid-19 protective material is provided at the polling stations in order to protect both the polling staff and the voters. Covid-19 patients are being allowed to cast their vote in the last hour before completion of polling.

Soon after polling is over at 3.30 pm, counting of votes will begin and the authorities have arranged counting centres with all requisite security arrangements.

Apart from State Election Commision authorities, panchayat raj and rural development officials are keeping watch on conduct of polling and counting of votes. A command and control centre is set up at the office of commissioner of panchayat raj to monitor election process.

Panchayat raj and rural development principal secretary Gopal Krishna Dwivedi called upon the voters to turn up at polling booths in large numbers to exercise their franchise in the true spirit of democracy and said that the earlier three phase as of polling recorded poll percentage of nearly 82.