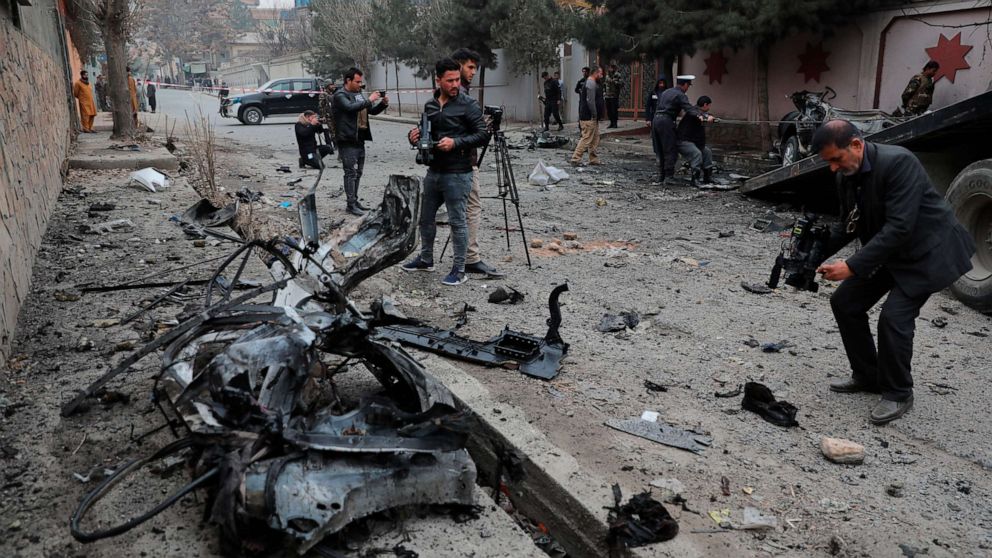 KABUL and LONDON — The killing of three female journalists and one doctor this week have once again thrown the issue of violence against women in Afghanistan into sharp focus, even as peace talks between the Taliban and the Afghan government continue.

ISIS in Afghanistan has claimed responsibility for an attack on Tuesday in the city of Jalalabad, which saw journalists Mursal Waheedi, Saadia Sadat and Shahnaz Raufi, of the Enikas television station, shot dead. Then, on Thursday morning, a female gynecologist, Dr Sadaf Elyas, was killed in another attack.

According to Attaullah Khogianai, the spokesperson for the governor of Jalalabad, Elyas was on her way to the central hospital in Jalalabad when a sticky bomb was attached to the three-wheeler rickshaw she was riding in. The bomb exploded, and she was killed on the spot, the spokesperson said.

While most of the recent attacks on women have been claimed by ISIS, the Afghan government has accused the Taliban of being behind the spate of killings. The militant group has denied responsibility.

Part of the reason the Afghan government is blaming the Taliban is because people linked to the group were recently found guilty of killing various government employees, and one suspect detained in connection to the killings is a known member of the Taliban, an official said.

Now, the government will likely face criticism for failing to protect its citizens at a crucial time in the country’s history, when attacks by the Taliban are constant despite the historic withdrawal agreement the militant group reached with the U.S. and despite the group’s continued negotiations with the government.

Some believe the killing of the four female professionals in a country as conservative as Afghanistan, is an attempt by extremists to create a climate of fear in a nation which has long struggled with incorporating the rights of women into public society. Hard-won gains could now be at risk, rights groups have repeatedly warned.

“These attacks are meant to intimidate; they are intended to make reporters cower; the culprits hope to stifle freedom of speech in a nation where the media has flourished during the past 20 years,” the U.S. Embassy in Kabul tweeted. “This cannot be tolerated.”

The killings of Waheedi, Sadat and Raufi also highlight another ongoing problem: the targeted killing of journalists.

In 2020, the Committee to Protect Journalists said that Afghanistan was the most dangerous country in the world for media workers.

Shaharzad Akbar, the chairperson of the Afghanistant Independent Human Rights Commission, reacted to the news of the killings on Twitter, saying that the “Afghan media community has suffered too much” and “Afghan women have been targeted and killed too often.”

“Afghan women are again anxious about an uncertain future,” Akbar wrote. “To reach peace, fundamental human rights for all should be recognized & preserved. Any [political] process should include women’s voices, concerns & aspirations & benefit from their expertise & experience.”

She added that recognizing equality “is key to lasting peace” in the country.